Surveillance footage from Ferguson does not match officer's story 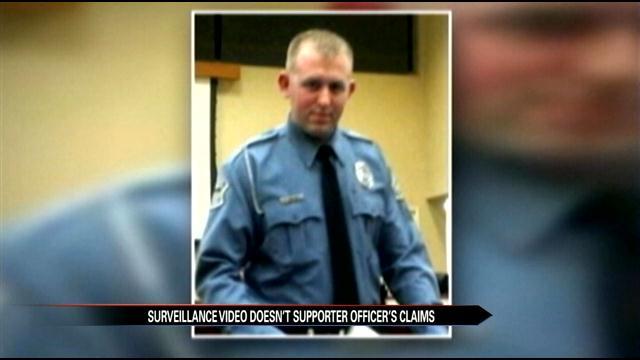 Surveillance video taken of Officer Darren Wilson after he shot and killed Michael Brown does not sync up with the officer's version of events.

In the video, Wilson is seen entering and leaving the police department hours after the shooting.

According to the attorney for Michael Brown's family, he does not appear to be injured, as he claimed to be.

“But when we see this video with our own eyes, which is taken hours after the tragedy, he is not holding his eye. He is not in pain. He hasn't gone to the hospital. Everybody says if you really had an orbital blowout fracture, you would have been on that scene holding your eye, going immediately to the hospital,” says Michael Brown's attorney Benjamin Crump.

Officer Wilson has said Michael Brown charged at him, and the men struggled over the gun, which then prompted Wilson to fire at Brown several times.

The state's grand jury is still investigating whether Wilson should face charges, and a decision is expected in the coming days.