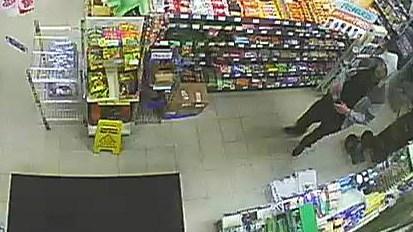 Goshen Police have released surveillance pictures of a man who is suspected of stealing a collection jar from the counter of the 7-Eleven on Elkhart Road.

The theft happened in the evening hours of August 30.

The jar was set out for donations for medical expenses.

The man was wearing a gray hooded jacket with a patch and dark stripe on each sleeve, and dark pants.

Police said he concealed the jar in his jacket before leaving the business.

If you have any information about the suspect, contact the Goshen Police Department at 574-533-8661 or email at [email protected].