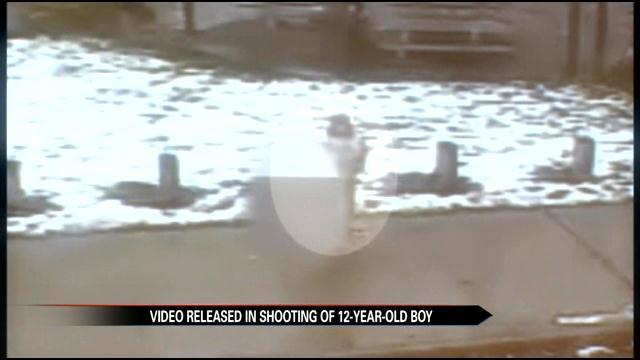 The child is seen pointing a toy gun at a park on Saturday before he was shot and killed by 26-year-old police officer Timothy Loehmann just 10 feet away.

“We've got two officers that were out there protecting the public that had to do something that nobody wants to do,” said Ed Tomba, Commander of the Cleveland Police Department.

Officers say they ordered Tamir to show his hands three times and to drop the weapon.

Tamir was shot twice when he appeared to reach for the unmarked toy gun.

Dispatchers never told officers the initial 911 caller believed the weapon was not real.

“It's probably fake, but you know what, he's scaring the (bleep) out of people,” the 911 caller says.

Tamir's family requested the video be released as hundreds protesting his shooting join the nationwide demonstrations over the Michael Brown shooting in Ferguson.

The two Cleveland officers involved are now on administrative leave pending an investigation.