SURVEY: Gas prices on the rise 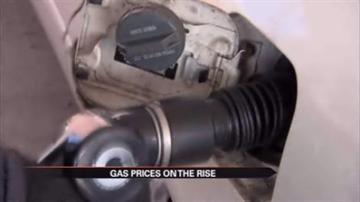 The Lunderg Survey says gas prices have increased six cents in the past three weeks. That is a change in trend between October and late December where the cost of a regular gallon dropped 58 cents.

ABC57 checked with AAA Monday and South Bend drivers are paying about $3.27 a gallon. That's just above the average in Indiana and Michigan. Both states are about $3.26 a gallon.