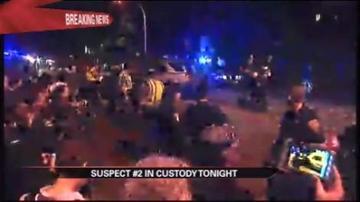 WATERTOWN, Mass. — Just before 9 p.m. Friday, the surviving suspect of the Boston Marathon bombing, Dzhokhar Tsarnaev, was taken into custody.

The hours that led up to the capture proved to be difficult for authorities.

A man in Watertown noticed blood on the edge of his boat in his backyard. That discovery came just after the press conference at 6 p.m. Friday where police lifted the ban on travel across Boston.

Special units were brought in. Flash bangs were sent to startle the suspect.

Dzhokhar has been hospitalized and is listed in serious condition.