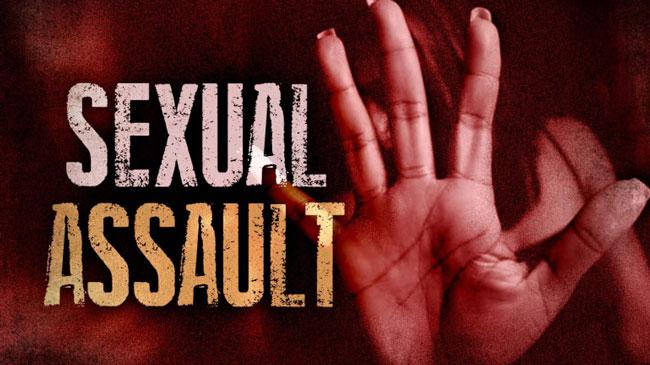 PROVO, Utah (CNN) -- The horror of rape or sexual assault is traumatizing enough for any survivor. But for multiple young women at Brigham Young University, they claim they received backlash, instead of support, after reporting sexual violence to the school.

Brooke's nightmare began in February 2014, when she was a freshman. She said she had taken hallucinogenic drugs just before being assaulted. She was with a group of guys at an off-campus apartment. She admitted that she took the drugs voluntarily, thinking everyone else was going to do them, too. But she said she ended up being the only one.

Her voice shook slightly as she described feeling sick as the "acid" started to take effect. Then, she said, she was pulled into a bedroom.

"He started, like, touching me and stuff, so I tried to get up and leave. And then, right when I was leaving, two other guys came in and grabbed me and were like, 'You can't leave.' And then they shut the door and locked it," Brooke said.

Brooke, who does not want her last name made public, alleges that all three men "did stuff" to her. "Then the other two left, and it was just the main guy, and basically over the course of the next 45 minutes, in different ways, he raped me," she said.

When her alleged attacker left, Brooke grabbed a blanket and ran from the apartment to get help. Police responded and took her report. Ten days later, she decided not to move forward with any charges, afraid of reliving the horror over and over again through the often long and arduous trial process.

However, Brooke told her story to BYU's Title IX office, which handles student sexual harassment and sexual violence investigations. She said her rapist was a student, and she wanted to make sure he didn't victimize anyone else.

"I thought there would be some mercy, you know," Brooke said. "I told them everything, and because of the fact that I was on drugs, they used that reason to kick me out of school after reporting it."

The university, which is run by the Mormon Church, determined that Brooke had violated its Honor Code, a student code of conduct and moral compass that prohibits students from engaging in on- and off-campus activities such as drug and alcohol use, premarital sex and even going into the bedroom of someone of the opposite gender. Upon enrollment, students agree to "live a chaste and virtuous life" demonstrating the values "encompassed in the gospel of Jesus Christ."

University spokeswoman Carri Jenkins adamantly defends the school's policy and treatment of alleged victims such as Brooke, saying, "A student would never, never, never have an Honor Code review for reporting sexual assaults, for being a victim of sexual assault." While Jenkins wouldn't comment on any specific case, she said it would have to be an "egregious violation" that would prompt an Honor Code investigation stemming from details revealed in a sexual violence report.

But Brooke isn't the only one who says she was disciplined after making a rape report.

Madi Barney said she, too, suffered repercussions after her police report ended up in BYU's hands.

Barney, who agreed to be named, told Provo Police of her alleged rape in September, when she was a sophomore. She had no intentions of reporting it to the university since it happened off-campus and her alleged attacker wasn't a student.

"I waited about four days to report because I was scared of my standing at BYU," Barney said. "I remember sitting at the police station, sobbing on the bench. I was just sitting there crying, saying, 'I don't want to report. I can't do this. What if BYU finds out?' "

Barney was shocked when she got a call from the university, telling her it had her police report.

While Jenkins said students "can choose to decline a Title IX investigation," Barney said she was told that if she didn't comply, the university was going to forward her case to the Honor Code office.

"I felt so angry. I mean, here she had an over-20-page police report with every little detail of the rape," Barney said. "I feel almost as violated by the school as I do by my rapist."

Barney said she's now facing backlash from BYU for not answering all its questions. Her attorney told her not to talk about details of her case until after the trial of her alleged rapist this fall. However, the university won't let her register for future classes until she cooperates with the Honor Code office.

When asked about this, Jenkins said, "BYU cannot comment on individual cases because of federal guidelines." However, she added, "every Honor Code review is done on a case-by-case basis with the facts and circumstances taken into consideration."

For Madeline MacDonald, the worst part was feeling like the school didn't believe her.

She said she was sexually assaulted by a man she met online when she was a freshman at BYU in 2014. She agreed to meet him for coffee. Instead, she said, he drove her into the mountains near campus, which is in the town of Provo. Once there, he did "everything but rape" her, she said.

"He went straight up to that line, but because he didn't actually rape me, there wasn't a rape kit for me to get," MacDonald said.

When she reported her assault and met with BYU's Title IX coordinator, Sarah Westerberg, MacDonald said, the response was far from sympathetic.

"She told me, almost all, in her opinion, almost all of the reported rapes and assaults at BYU are false reports made by women that feel ... morally bad after they're having consensual activities," MacDonald recalled.

CNN made multiple requests for an interview with Westerberg, which were denied. Jenkins responded to MacDonald's claim: "I have shared this comment with Sarah Westerberg, and she has confirmed that there is no truth to this statement, nor has she ever said it to a student."

Margot Crandall knows the feeling all too well.

While a junior at BYU in 2014, she was raped by a man who stalked her online. He had obtained an indecent photo of Crandall and blackmailed her into meeting him.

Crandall vividly remembers feeling scared of being judged, or worse, being blamed.

"I was just scared of anyone finding out. I was scared of BYU finding out," she said. "I felt really shameful about it."

She spent two years in and out of court and took a break from school to heal physically and emotionally. Her rapist was convicted in August and sentenced to five years to life in prison.

She never told BYU about her rape, but somehow the school found out, Crandall said. After the trial was over and Crandall was ready to start school again, she said, she had to sit down with the Title IX office to answer questions about her rape and show them the conviction documents.

"As soon as they found out it had gone to trial and they verified that he had been convicted, that's when they met with me and offered me the accommodations" of allowing her to withdraw and re-enroll in school, she said.

Crandall wonders whether she was treated better than others because her father is a professor at the school or because her criminal trial had already taken place. But her heart aches for other BYU sexual assault victims who weren't treated as well.

The pressure is mounting on BYU to make policy changes, especially as the topic of how colleges handle sexual violence on campus has become a hot-button issue, not just in Provo but nationwide.

As of April 20, the U.S. Department of Education had 224 open sexual violence cases under investigation at 178 post-secondary institutions. There are no cases at BYU being investigated as of April.

Barney hopes to change that. She has filed a complaint against BYU with the U.S. Department of Education's Office of Civil Rights.

She also helped craft an online petition urging the university to give "immunity" to those who make sexual violence reports and not investigate them for Honor Code violations.

More than a hundred thousand people have signed the petition. Last week, dozens of current and former students gathered at BYU with members of the greater Salt Lake City community to protest, holding signs that read "BYU: Protect victims, don't shame them." They marched through campus to deliver the petition and signatures to school administrators.

Brent Webb, BYU's academic vice president, met with the group and assured them that university President Kevin Worthen is committed "to study this issue carefully and welcomes input both within the university and outside."

"It's not a perception. It's something that is actually happening, and that's them, again, not believing us," Barney said. "They need to take accountability. They need to say, 'Yeah, we screwed up, but we're going to fix it.' "