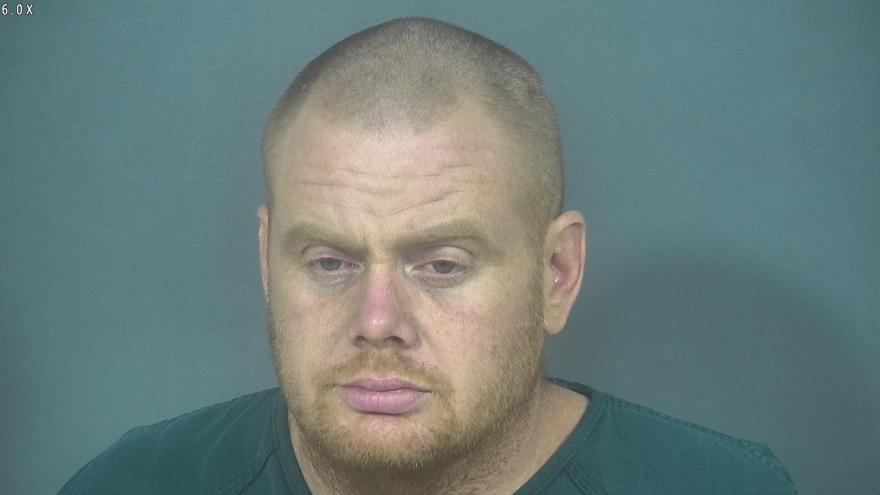 SOUTH BEND, Ind.—A suspect is in custody after allegedly leaving the scene of a crash and threatening to shoot police officers at the hospital on December 1, according to the probable cause affidavit.

On December 1, an officer with the South Bend Police Department responded to a crash at Michigan and Ewing.

At the scene, the officer found a woman lying in the street crying and a man informed the officer that a blue truck had caused the crash before leaving the scene.

Officers then learned that the blue truck traveled north on Michigan, ran a red light at Ewing and hit the vehicle driven by the woman in the street, reports said.

The female victim’s vehicle hit a third vehicle and the blue truck then hit a fourth vehicle, reports said.

A witness told police that sparks were coming off the blue truck as it drove without a tire and the driver, who the witness described as a white male, got out of the truck and left the scene, court documents said.

The witness showed police a photo of the driver she had taken and another officer found a male matching the description walking down Michigan Street, reports said.

The male was taken by police to the scene where he identified himself as Erik Bennett, 38.

When asked how he hit the cars, Bennett said they “pulled right out in front of me” and then said “I wasn’t going to brake, so I hit the mother[expletive],” court documents said.

According to police, Bennett indicated that he was not going to return to the scene.

At the hospital, Bennett was “belligerent” to staff and called medical staff expletives, court documents said.

According to the probable cause affidavit, Memorial Hospital Police officers were beginning to restrain Bennett when he told the police captain “I’m gonna shoot you, too” and repeated the same threat to a nurse.

Police were told the female victim injured in the crash suffered a possible skull fracture and a concussion.

According to court records, Bennett has prior convictions for reckless driving and theft.

Bennett was arrested and booked into the St. Joseph County Jail on suspicion of leaving the scene of an accident and two counts of intimidation.