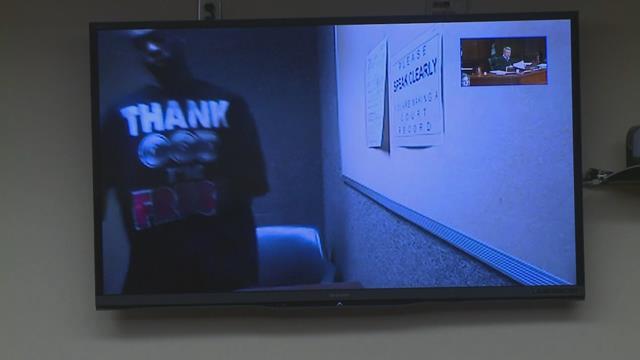 A Benton Harbor family is torn apart by a murder after a Halloween party on Sunday because the victim and suspect are cousins.

Police believe Boyd shot his cousin James Quinn in the parking lot of the "Jump Off" biker's club around 2 a.m. on Sunday after an altercation.

According to Quinn’s girlfriend, mom and Aunt, Boyd wasn’t supposed to have a gun or be at a party because he was on parole.

"And then you get in side of a party where you supposed to be celebrating something and you pull that weapon on this person more than once and then you shoot. You meant to kill him! Don’t tell me it was a mistake and say he didn’t mean to do it," said Mae Quinn, James' aunt.

A judge set Boyd’s bond at $1-million for the murder of his cousin.

The victim's mother said Quinn was her only son.

Caroline Quinn said, "He was a people person, he loved everybody and everybody loved him. And now since it happened people have just come out of the woodwork. I don't even know these people and you just talking about him, and that's what hurt a lot. People loved that boy."