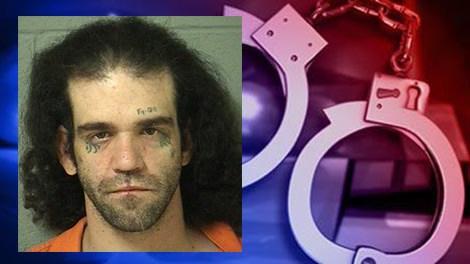 The Cass County Sheriff's Department made an arrest late Tuesday after a man allegedly set a porch on fire, and attempted to imprison two women.

Deputies were called to a home on Huntly Road in Howard Township around 11:30 p.m. Tuesday after a passing motorist saw a fire on the porch of the residence.

When firefighters arrived, they were confronted by 39-year-old Daniel Eugene Thornton, who told them to leave.

Deputies say this allowed the Thornton's girlfriend and another woman to escape the house with five young children.

When deputies arrived, they found evidence Thornton had tried to set parts of the house on fire.

Witnesses told deputies Thornton had attempted to imprison the two women in a bedroom by nailing the door shut.

The witnesses also allege Thornton threatened them with a knife.

Thornton was located on a nearby road and taken into custody on multiple felony charges.