Suspect back in custody after standoff 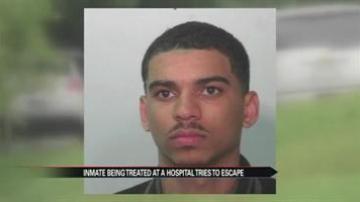 Officials say the inmate ran after he was taken to the hospital for an evaluation.

The inmate was eventually apprehended by fire crews out of the St. Mary's River.