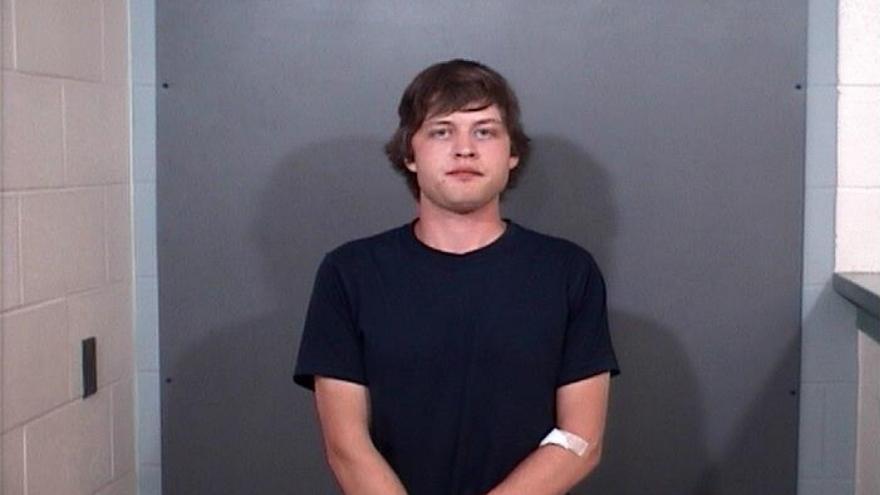 ST. JOSEPH COUNTY, Ind.— A 22-year-old suspect is being accused of possessing a pipe bomb after it was found at a home on Detroit Avenue, according to the St. Joseph County Prosecutor’s Office.

Christian Nowak, 22, has been charged with two counts of possession of destructive device, a level five felony. He is being held in the St. Joseph County Jail without bond and is due in court on March 30.

On March 23, officers with the St. Joseph County Police Department were sent to the 19000 block of Detroit Avenue for reports of a family disturbance.

Officers learned that Christian Nowak had threatened to kill his family members and placed a handgun to the side of his father’s head, according to the probable cause affidavit.

Court documents said Nowak had then drove away from the family home and crashed his vehicle into another house.

Nowak was booked into the St. Joseph County Jail on March 24 on suspicion of domestic battery, two counts of pointing a firearm, leaving the scene of an accident, and intimidation.

On March 25, Nowak’s father reported to police that family members had found what they believed to be a pipe bomb in their home, court documents said.

Officers returned to the home and spoke to the family, who reported they were cleaning Nowak’s room when they found a piece of pipe with two end caps on it and a fuse in one of the ceiling tiles, court documents said.

The family believed it to be a pipe bomb and moved it outside and called police, reports said.

According to the probable cause affidavit, police examined the pipe, which was roughly five inches in length, and found that it contained energetic grade powder and balls of powder, configured as a bomb.

The bomb squad was activated and detonated the pipe bomb after surrounding it with sand bags in an open field.

A search warrant was obtained for the rest of the house and on a bench outside of Nowak’s bedroom, officers found a “cricket” bomb, or an improvised detonator device, court documents said.