Suspect charged in gun theft that led to pursuit, shooting 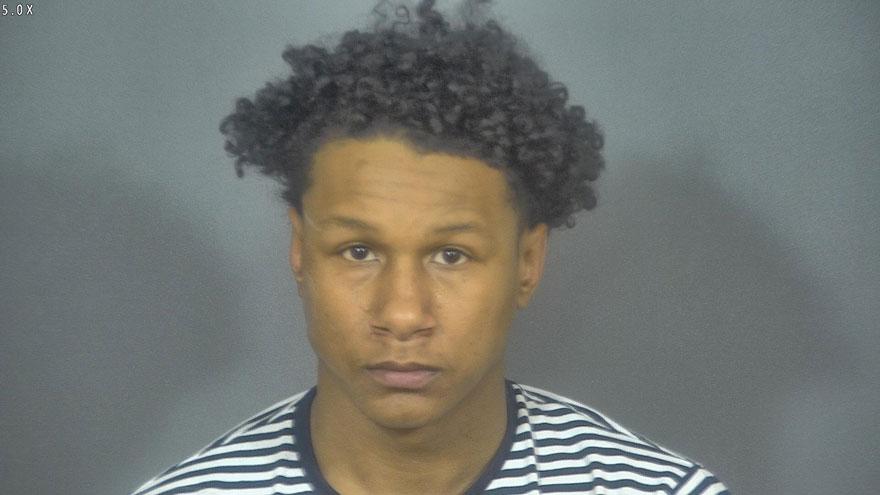 Isaiah Cruz mugshot from May 2019

ST. JOSEPH COUNTY, Ind. -- Charges have been filed against a man who allegedly stole a gun from a man doing yard work, which led to a shooting at Kaley Street and Western Avenue on July 13, according to court records.

Isaiah Jacob Cruz has been charged with one count of armed robbery. He has not been arrested.

On July 13, Emmanuel Guevara told South Bend Police he was mowing lawns that morning when a white SUV cruised past him slowly, stopped, and three male occupants asked him about his lawn care work before the questions turned to Emmanuel’s handgun, which was visible, court documents said.

The driver of the white SUV was “particularly insistent” that Emmanuel hand over his pistol. Emmanuel eventually unloaded the pistol and handed it over.

The driver of the white SUV and the back seat passenger then both pointed their guns at Emmanuel, told him to back away from the car, and drove off with Emmanuel’s gun, court documents said.

Emmanuel went into his home, grabbed his semi-automatic rifle and two other handguns, and told family members he’d been robbed and to call police, according to Emmanuel's probable cause affidavit.

Emmanuel and his brother Jorge and a female relative then followed the white Nissan SUV in a red Nissan.

In the area of Western and Kaley Street, Emmanuel and his brother saw the back window of the Nissan go down and a firearm barrel come out, so Emmanuel said he began shooting at the SUV until his gun was empty, according to Emmanuel's probable cause affidavit.

An officer heard the shooting and located the Nissan SUV speeding southbound on Kaley, followed by a red Nissan, reports said.

The officer attempted to pull over both vehicles but the red Nissan is the only one that stopped.

After the red Nissan stopped, a semi-automatic rifle was tossed from the window. The driver, Jorge, and passenger Emmanuel, were taken into custody, according to Emmanuel's probable cause affidavit.

Emmanuel was taken into custody and later charged with battery by means of a deadly weapon and criminal recklessness.

Jorge was taken into custody and later charged with criminal recklessness.

While the occupants of the red Nissan were being detained, another officer attempted to stop the Nissan SUV, but it fled westbound on Ford Street so fast the officer could not keep up, according to the probable cause affidavit.

The officer located the SUV in the middle of Sheridan Street, empty.

In a nearby front yard, he located Isaiah Cruz with a gunshot wound to the chest. He was taken to the hospital for treatment, reports said.

The officer located a black handgun with a red slide in the back yard of the home, according to Cruz's probable cause affidavit.

During the investigation, Emmanuel was shown a photo array and identified Cruz as the person who stole his gun, reports said.

Emmanuel's gun was located in the white SUV, according to the probable cause affidavit.