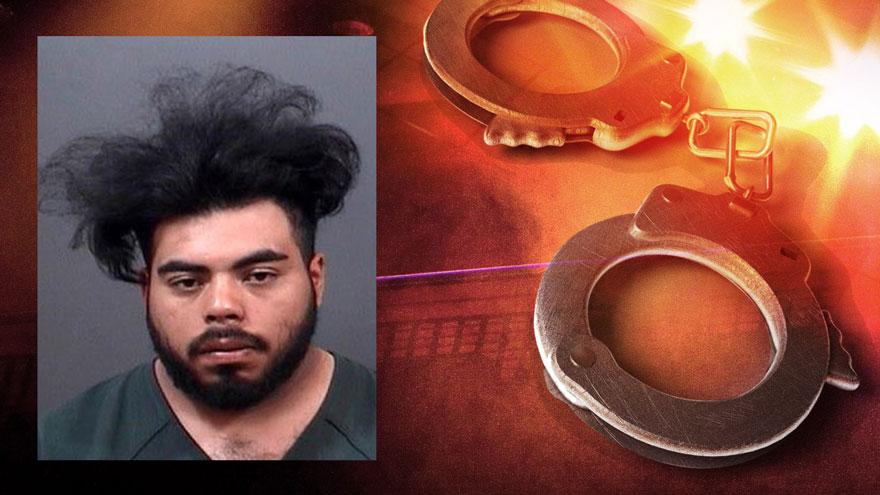 ST. JOSEPH COUNTY, Ind. -- A man who was arrested for allegedly leaving the scene of an accident is also facing charges for allegedly kicking a South Bend Police officer in the face, according to court records.

On June 8, South Bend Police were dispatched to the 1800 block of W. Western Avenue for a vehicle crash.

Witnesses told police the driver in a silver Malibu hit a parked vehicle and a utility pole, then left the scene and stopped behind Goodwill, reports said.

An officer approached Erik Tlahuel's vehicle and noticed his front bumper was hanging off and there was damage to the front end, according to the probable cause affidavit.

The officer asked Tlahuel about the crash and he denied being involved.

The officer told Tlahuel to turn off his vehicle. He initially complied, but then restarted his vehicle and drove away at a high rate of speed, reports said.

He was stopped at Kaley Street, north of Western Avenue.

Tlahuel was taken into custody and transported to the St. Joseph County Jail.

While being booked, Tlahuel allegedly began to yell slurs and obscenities at officers and staff, refused to follow commands and began spitting on jail staff.

Because his lip was bleeding from the crash, officers attempted to take Tlahuel to Memorial Hospital.

Tlahuel resisted officers' attempts to get him into a squad car, reports said.

At the hospital, he continued to yell at officers and tried to get out of the bed, so he was restrained, reports said.

While at the hospital, Tlahuel used his right leg to kick an officer in the face, according to the probable cause affidavit.

Tlahuel was medically cleared and released from the hospital.

He was taken to the jail and booked on June 9. He bonded out on June 11.