Suspect in string of robberies caught 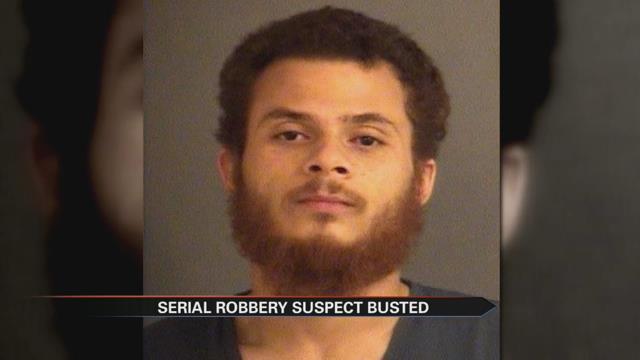 The suspect behind a recent string of robberies in St. Joseph County is now behind bars.

Police say he was caught after pulling a heist on several shops including an adult video store.

Jordan Sanders was arrested and is facing four counts of robbery charges.

Corner’s 23 was one of the stores at the center of his string, according to police.

“They’re put in fear and that’s a bad thing for those folks to have to go through and it becomes kind of dangerous for a suspect to continue doing those kinds of violations,” said St. Joseph County Assistant Police Chief Bill Thompson.

The store’s owners say the thief demanded money from the register before making off in a car they were able to catch a glimpse of.

“I was able to turn around, get behind the vehicle, initiate a traffic stop and detain the driver. Other officers joined in and during the course of their investigation learned the suspect they have stopped, matched the description from the robbery on 23 and Mayflower,” said Thompson.

The suspect’s vehicle also matched the description of a vehicle reported in several other robberies throughout the city.

After being taken in, Sanders confessed to quite a few other robberies.

“The county incident was the only one we had in our jurisdiction, but South Bend had, I believe, four separate incidents inside the city limits,” said Thompson.

The assistant manager of the store says they were hit at least twice by the thief in the past two weeks.