Suspect involved in fatal hit and run turns himself in 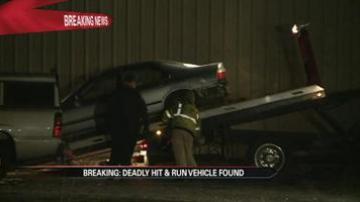 MISHAWAKA, Ind. -- The suspect involved in the hit and run Monday night turned himself in to Mishawaka Police, according to police.

A Crime Stoppers tip led police to the car in Niles, the car police say struck and killed David Fordyce on SR 933 near Auten Road.

The driver is 17-years-old and allegedly admitted to fatally striking Fordyce and leaving the scene.