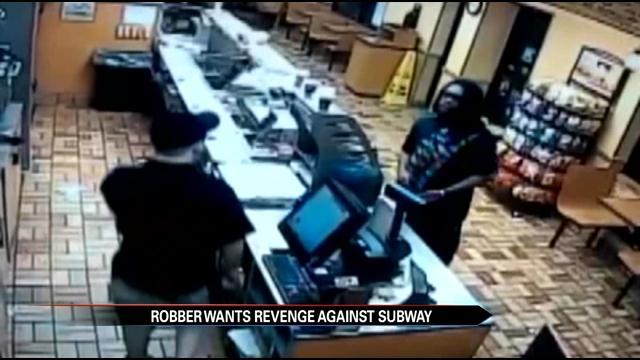 Alabama police say a man went on a robbery spree against Subway in an act of revenge.

They released the video to the public, hoping for a tip to lead to Torrance's arrest.

Torrance was arrested at a local Wal-Mart, and while he was in police custody, he revealed his motivation behind the robberies.

“He told the detectives he had spent a sum of money with Subway, trying the sub diet, the Jared diet. It hadn't worked for him, and he felt like he should get his money back,” says Hueytown Police Chief Chuck Hagler.