Suspect shot and killed by police, bystander shot and injured 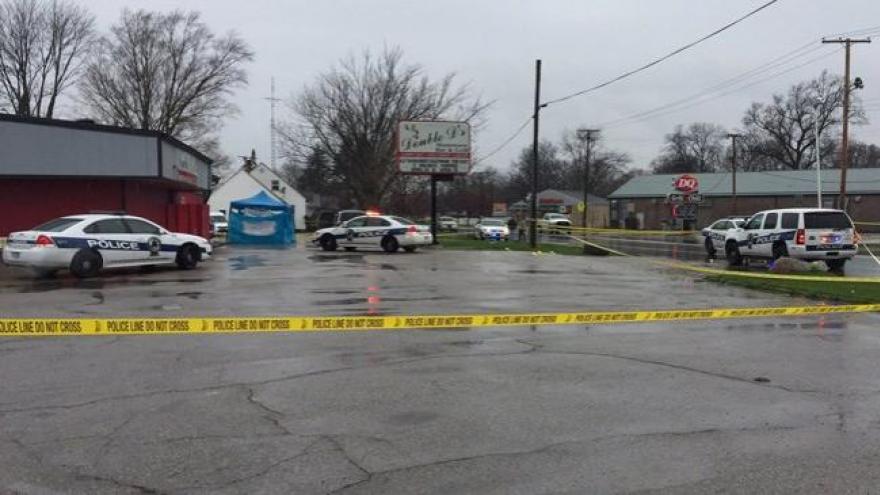 Goshen Police confirm a man who was a suspect in an attempted carjacking or abduction earlier this morning is dead. A man who was not related to the incident was shot and taken to the hospital.

Goshen Police said Wednesday just before 9:30 a.m., a man with a shotgun attempted to carjack or abduct two or three others near US 33 and Kercher Road (CR38) near the BP gas station.

"An individual with shotgun attempted to either carjack or abduct, we’re not sure at this point,  two or three different individuals in the intersection of US 33 and CR 38," Sergeant Trent Smith of the Indiana State Police said.

Police said at least one shot was fired by the suspect at that location.

The suspect was unsuccessful in the carjacking attempt and one of the victims ran to the gas station for help.

"One of the people that was involved with that ran inside and told the employees what was going on, they activated an alarm which notified the GPD," Smith said.

Employees at the BP contacted Goshen Police who flooded the area searching for the suspect.

The suspect attempted to carjack at least one other vehicle, possibly two, but was unsuccessful, ISP said.

Police said the suspect fled north on US33 or Lincolnway and it is not known exactly when officers caught up with his vehicle, a Dodge Durango.

The Durango at some point pulled into the parking lot of Double D's.

Police also pulled into the parking lot and the suspect got out of his vehicle. The details of what happened at this location have not been released, but the ISP confirmed officers did fire at the suspect and the suspect was deceased.

A person in a silver van, who was not involved in the incident, was also shot. That person was taken to the hospital for treatment. Their condition is not known.

Police believe the suspect who was killed was the only person involved, so there is no danger to the community.

"This was by a single actor. We don’t believe there are any other individuals involved at this point. I've been to the crime scenes and there are dozens of people that have witnessed it," Smith said.

Indiana State Police have been asked to conduct an investigation into the officer involved shooting, per protocol.

USS 33 at Plymouth, the location of the third crime scene, will be closed until approximately 5 p.m. Drivers are urged to use SR15 instead.

Double D's Bar and Grill posted the following statement on their Facebook Page:

ATTENTION! The shooting today has nothing to do with Double D's. The perpetrator committed the crime at US 33 and CR 38. The chase led to the parking lot of Double D's. He was NOT a patron of D's. We take great pride in keeping all weapons off the premises of D's and continue to do so. Double D's will be open at 5 pm today