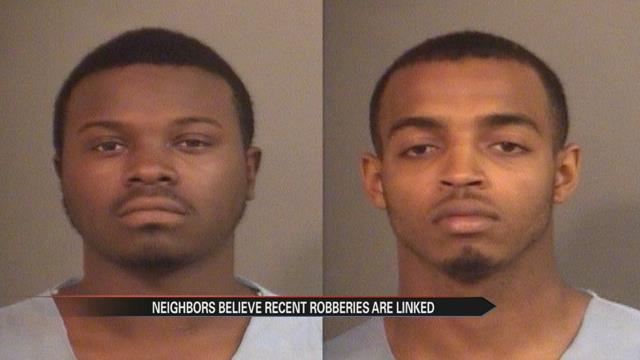 The St. Joseph County Prosecutor's Office has formally charged two men in the armed robbery of the River Park Liquor Store on August 29.

According to the probable cause affidavit, a South Bend Police officer was in his patrol car with a direct line of sight of the River

The officer says while watching the store he saw two men come from behind the store and around the west side. Both men were wearing dark hooded sweatshirts with the hoods up.

The officer said he saw one of the men carrying a shotgun, according to the affidavit.

The man with the shotgun, later identified as Theodore Brown, stood near the door, according to the affidavit.

The other man, later identified as Jamar Edward Crawford, went behind the counter and took the cash drawer out of the register, reports said.

Both men left the store on foot, reports said.

The officer, who had called for backup, followed the men and found them hiding under porches in the neighborhood, reports said.

The cash drawer, clothing and the shotgun were found in the area, according to the affidavit.

Crawford denied involvement in the robbery.

Police say Brown admitted to committing the robbery with Crawford.