Suspect's mother speaks out about toddler killed in gang shooting 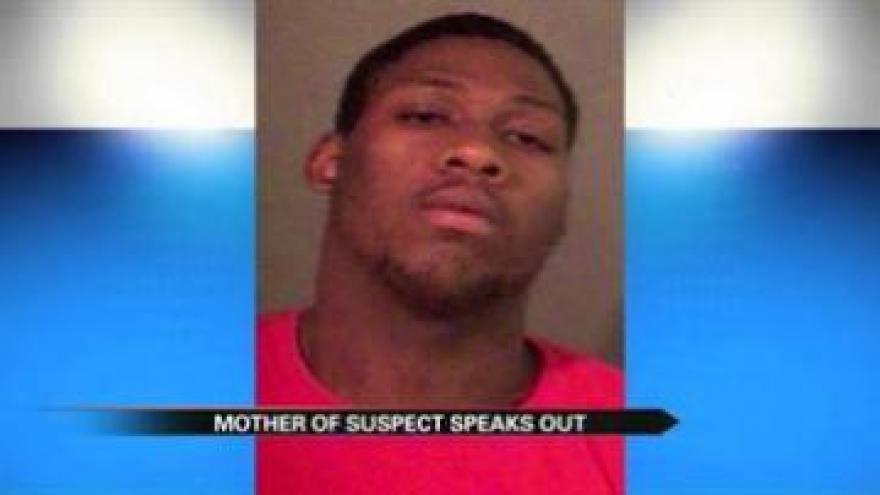 SOUTH BEND, Ind.-- The death of an innocent toddler has shaken up the entire community. One suspect's mother said some of the people arrested were only trying to stop the gang fight from happening in Coquillard Park.

18-year-old Joshua Hodges is booked in the St. Joseph County Jail for assisting a criminal. His mother, Subrina Strong said he was only trying to stop 15-year-old Tyre Bradbury from participating in a gang fight and ruining his life through violence.

Eight people are accused of different criminal charges and police are trying to get gang enhancement on some of the suspects.

Strong said her son is not involved in a gang, he was only trying to protect Bradbury from the shooting.

“He’s in jail for something he didn’t do. That’s not right," Strong said.

2-year-old John Swoveland Jr. was killed when a stray bullet hit him while he was playing outside.

Strong's story is that a mother of one of the gang members asked Joshua Hodges and his cousin Xavier Primm to help her rescue her 15-year-old son from the fight.

“He has a clean background and they act like he’s one of the suspects. And he’s not. He was there at the wrong time.”

Joshua Hodges called his mother from jail and she told him he never should have gone to the park.

Strong is upset that a mother of one of alleged gang members would ask her son to help her instead of calling the police.

"He wouldn’t even be in the situation he’s in now if she would have never came here. Joshua Hodges would not have been locked up for assisting anybody," Strong said.

As Xavier Primm's aunt, Strong is begging that he turn himself in. She believes he is hiding because he feels like all he did was try to stop a teenager from ruining his life.

“I can’t sleep I'm tossing and turning, I haven’t eaten in like 3 days because my son is in jail for something he didn’t do. They think he’s a killer kid and he’s not.”

According to his mother, Hodges was a student at Riley High School. She said he was just accepted to two colleges to play basketball.

Through her tears she said Hodges is learning a tough lesson. She said that sometimes you are guilty just by association.