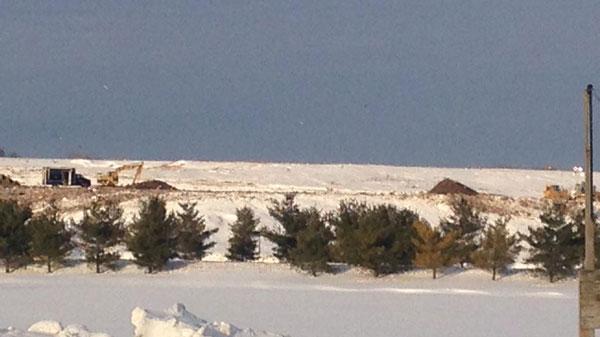 Elkhart Sheriff's deputies and firefighters responded to the Elkhart County landfill to investigate reports a pipe bomb was found there.

The sheriff's department was notified at 2:51 p.m. that a landfill employee found a device that looked like a pipe bomb.

Firefighters said the object, which was found in a public disposal bin, resembled a pipe bomb because it had exploding caps on each end and wires or wicks coming out.

The South Bend Police Department Bomb Squad responded and disposed of the device.

The sheriff's department says the device had no explosive materials.