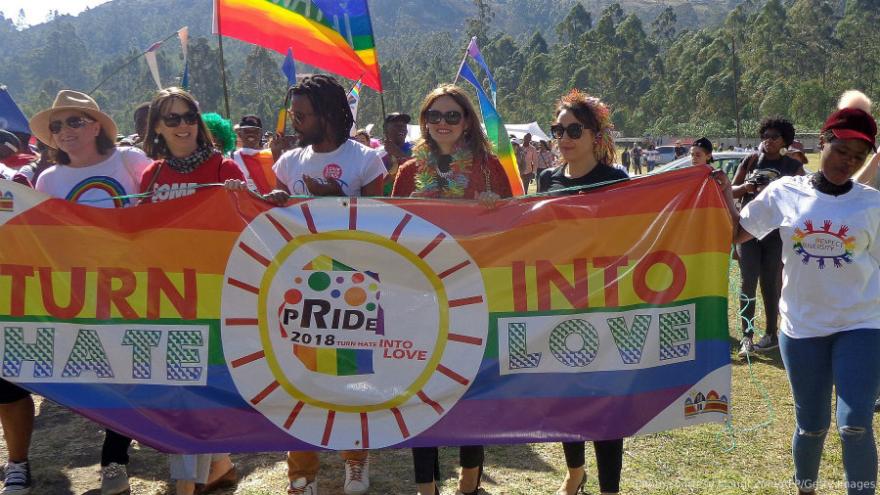 (CNN) -- In a historic and festive celebration, Swaziland held its first-ever LGBT pride parade over the weekend.

Hundreds of people marched down the streets of the capital Mbabane waving rainbow flags and holding signs that read, "Turn hate into love" -- a scene almost unimaginable not so long ago. 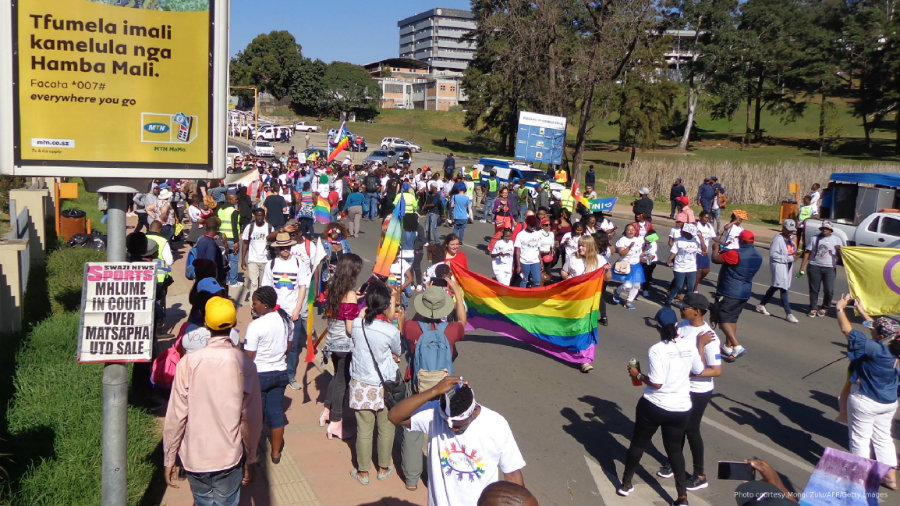 The small southern African country, recently renamed the Kingdom of eSwatini by its king, is Africa's last absolute monarchy and has a bleak record on LGBT rights. The country of 1.4 million also has the world's highest HIV/AIDS rates and suffers from severe poverty.

Saturday's parade was organized by the Rock of Hope, a local nonprofit, and supported by international LGBT advocacy organizations.

"This was a moment of community and personal empowerment. A powerful boost to so many who have had to hide, but who today experienced the giddy excitement of visibility and deep community," said Matt Beard, Executive Director of the advocacy group All Out, in a statement to CNN.

All Out helped fund and promote the parade, which featured well-known Swazi musicians and artists.

"At certain moments during the parade, the infectious joy of this community was so intense, it was difficult to hold back the tears," Beard added.

The pride parade was also supported by Human Rights Campaign (HRC), the largest LGBT rights group in the United States.

In Swaziland, same-sex relationships are illegal and the country maintains a colonial-era law against sodomy. The US State Department's report on global human rights practices in 2017 stated that Swazi people open about their sexual orientation "faced censure and exclusion from the chiefdom-based patronage system."

The pride celebration was not endorsed by King Mswati III.

Nonetheless, the parade marks a major milestone for Swaziland's LGBT community and brings June's pride month celebrations to a new part of the world.

Saturday's celebration in Mbabane was held the day before hundreds of people defied a Turkish government ban to take part in a Pride Parade in Istanbul before being dispersed by police.