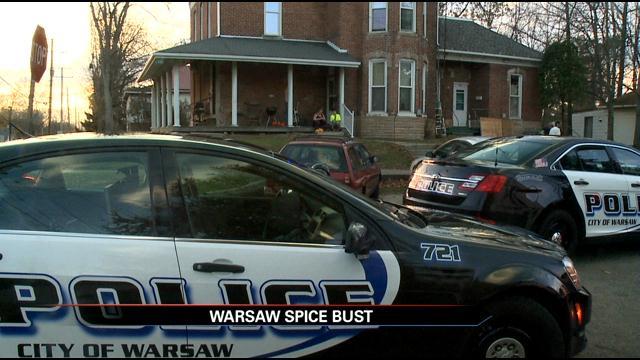 Police say 35-year old Jason Coleman attempted to outrun officers after leaving a residence on the 600 block of West Winona Avenue in the Prospect Hills neighborhood.

Officers say that while running, Coleman tried discarding 2 packets of synthetic marijuana before eventually being caught and arrested.

Konkle is now being charged with a Level 6 felony.

"A lot of negative things have happened in our neighborhood, said Sally Hoy.

Hoy has been a resident of Prospect Hills since 1978.

“It's really changed a lot, I just really wish that our mayor and our community leaders would realize that the people in this community do care about their properties,” said Hoy. “They do care about being a good neighborhood."

Konkle is set to go before a judge on November 20th.

The four people that were arrested for common nuisance in connection to the bust aren't expected to appear in court until December 12th.