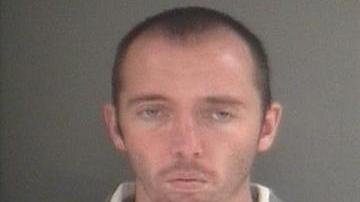 30-year-old Justin Simpson of Goshen was busted on an undercover purchase on County Line Road just east of State Road 13. Simpson then fled from the officers as they approached to arrest him. Simpson led them on a chase that lasted about 10 minutes.

During the chase Simpson drove through Maxwelton Golf Course then through yards on North Shore Drive. After crashing his scooter and fleeing on foot, Simpson then jumped into Syracuse Lake in an effort to elude officers. He was caught and taken into custody a short time later when he emerged from the water.

Simpson was booked into the Kosciusko County jail being charged with dealing methamphetamine over three grams as a Class A felony, fleeing/resisting with a Class D felony and criminal mischief as a Class A misdemeanor. His bond is set for $20,000.