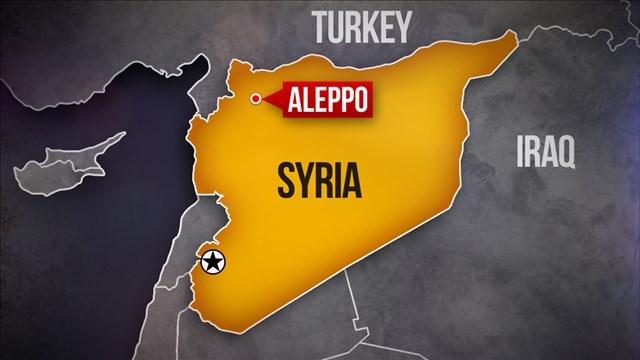 Aleppo has been a major battlefield in Syria since 2010, with fierce fighting between rebel groups and regime forces.

Castello Road, the only route into the city's east, is now mostly in government hands, with pro-rebel neighborhoods in eastern Aleppo completely besieged, the observatory said. The road has been under constant bombardment from forces loyal to President Bashar al-Assad's government, the monitoring group told CNN.

Aleppo has seen many of its neighborhoods come under fire for 80 consecutive days, with more than 6,000 people -- mainly civilians -- killed or injured, according to the observatory. It said rebel-held areas in the east of the city have come under sustained attack by regime artillery and airstrikes, while rebel and Islamic factions have shelled regime-controlled areas in western neighborhoods.

Syria has witnessed a number of ceasefires come and go over the past few months. Despite Russia's willingness to support the Assad regime militarily, Moscow and Washington have been working together to push for a cessation in the violence in Aleppo and surrounding areas.

Kerry: ISIS is 'on the run'

Meanwhile, U.S. Secretary of State John Kerry insisted Sunday on CNN that the recent wave of terrorist attacks reflects that ISIS is "on the run" in Syria and Iraq.

He described the attacks as "desperate actions of an enemy that sees the noose closing around them."

CNN's Jake Tapper pressed Kerry about his assertion on ISIS given the recent string of attacks reportedly inspired by the terror group.

"If people are inspired, they are inspired," Kerry said. "But ISIL, which is based in Iraq and Syria, is under huge pressure, and that's a fact."