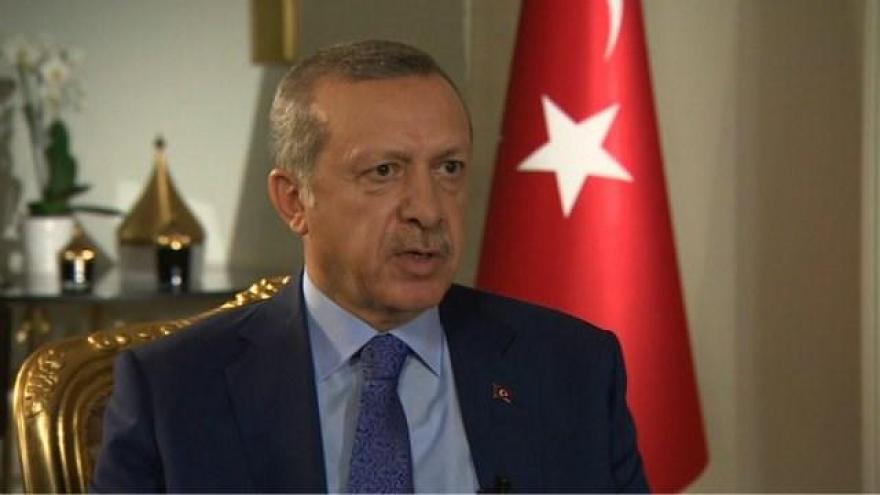 (CNN) -- Syrian refugees living in Turkey will have the chance to become citizens, Turkey's President says.

President Recep Tayyip Erdogan addressed refugees during a speech in the southern town of Kilis, which borders Syria and is home to tens of thousands of migrants.

"We will give the chance to [acquire] citizenship by helping out these brothers and sisters by monitoring through offices set up by the ministry," Erdogan said Saturday, according to state-run Anadolu news agency.

More than 2.7 million Syrian refugees live in Turkey, according to the United Nations refugee agency.

By offering refugees citizenship, Turkey would make it easier for them to get jobs or attend school.

Many of those in Turkey have fled northern Syria, where they face danger from both ISIS and airstrikes on rebel-held territory by the regime of Bashar al-Assad.

More than 250,000 people have been killed and an additional 10 million have been displaced since violence broke out in Syria in 2011.

Thousands have already died this year on perilous journeys, hoping for a better life.

However, some worry that the mass migration poses an opportunity for terror groups to sneak into other countries.

ISIS has been reportedly trying to infiltrate migrant routes, especially in Libya.

And the three assailants who carried out the terror attack at Istanbul's Ataturk Airport all entered Turkey from Syria, according to a report in Anadolu.

Others argue that accepting refugees can be an economic boon.

There's also a security argument: accepting and integrating those fleeing violence and offering them a livelihood helps reduce the number of young, disaffected refugees -- the prime recruits for terror groups.