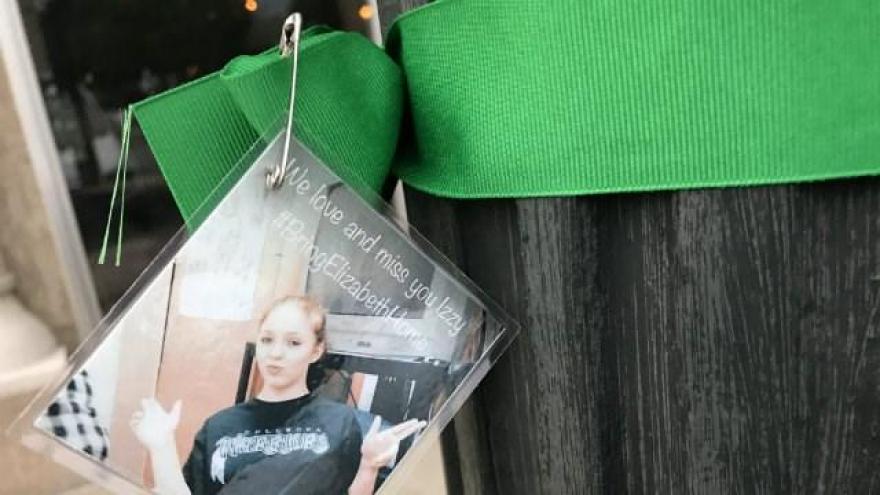 CECILVILLE, California (CNN) -- Tad Cummins was an intensely sought fugitive, trumpeted from coast to coast as the Tennessee teacher accused of running off with his 15-year-old student.

But before his capture this week, Cummins and the young woman he called his wife slipped into a remote Northern California community unrecognized, and Cummins passed himself off for days as a down-on-his-luck Colorado man who'd just lost his job and home, according to the man who eventually tipped off police.

Cummins was arrested -- and the girl was found safe -- Thursday outside a cabin in Cecilville, ending a 39-day hunt for the teen who was reported missing some 1,900 miles away in her hometown south of Nashville.

Police say the two spent at least one night in the remote cabin -- a one room structure that was in the process of being built. It had no electricity or furniture. On Friday, a grill, pots and pans, a bag of rice and boxes of food and empty bottles of soda and water remained in the cabin.

The former teacher, facing federal and state charges stemming from her disappearance, is in federal custody and is expected to be arraigned in Sacramento on Monday, Siskiyou County prosecutor Kirk Andrus said.

Elizabeth was reunited with family and friends. She is being evaluated and treated by mental health experts specializing in trauma.

"She is a little girl in every sense of the word. This was the abduction of an impressionable, little child," family lawyer S. Jason Whatley said.

"There is no doubt that she has suffered severe emotional trauma and that her process of recovery is only just beginning."

The pair had been in the heavily wooded area 60 miles south of the Oregon line since at least last week, according to Griffin Barry, the man who says he eventually helped police capture Cummins.

Cummins and the teen arrived at a Cecilville-area gas station last week, apparently on their way to visit a commune, Barry told CNN.

Cummins, 50, told Barry he was 44, and that the teen was his 22-year-old wife, according to the cabin's owner.

Barry said he gave Cummins $40 and paid another $15 to put gas in Cummins' vehicle.

The pair went to the commune but returned to the gas station this week, with Cummins explaining they didn't get along with people at the commune, Barry said.

Barry said he offered Cummins work -- moving rocks to build a wall on the property -- and a place to stay: a small cabin for which Barry was the caretaker.

But Barry and some acquaintances eventually became suspicious, noting that Cummins was driving a vehicle without any license plates, and that Cummins' companion spoke few words for herself.

As he discussed the pair with someone a bar Wednesday night, the other person found Cummins' picture online in an urgent Amber Alert widely distributed by authorities.

He called police Wednesday night. After Barry told them he and Cummins had planned to move more rocks Thursday morning, authorities asked the caretaker to help them capture Cummins.

At officers' instructions Thursday morning, Barry drove by the cabin and shouted for Cummins. When Cummins left the cabin, investigators were there to arrest him, the cabin's owner, Monk O'Hare, told CNN.

Siskiyou County sheriff's Sgt. Mike Gilley confirmed that his team worked with a neighbor to draw Cummins out of the cabin. Cummins was taken into custody. Elizabeth was walking behind him and was detained.

"There aren't words in the English language to describe the level of relief and elation experienced by the Thomas family," said Whatley. "Now begins another hard chapter, but for now, we celebrate."

Cummins and the girl disappeared March 13 as a police investigation into their relationship was heating up.

A high school health sciences teacher in the Tennessee town of Culleoka, Cummins had been suspended in February, less than a month after a student reported seeing him and the 15-year-old kissing in a classroom.

After that, the trail appears to have gone cold.

The complaint alleges Cummins left a note for his wife on March 13 saying he was leaving for a while to "clear his head." He took out a $4,500 loan and picked up two prescription refills of Cialis, an erectile dysfunction drug, the complaint says. His wife reported that two handguns and some clothes and toiletries were missing from their home.

After the capture, Cummins was charged with one federal count of transportation of a minor across state lines for the purpose of criminal sexual intercourse, said Jack Smith, acting US attorney for Middle District of Tennessee. The charge carries a minimum of 10 years.

He also faces state charges of sexual contact with a minor and aggravated kidnapping, the Tennessee Bureau of Investigation said last month.

'Our goal is to seclude (her) with her family'

Whatley, the attorney for the girl's family, said her immediate future wasn't clear.

"Obviously, our goal is to seclude (her) with her family," Whatley said. "We have mental health people that are engaged actively in this case that are going to be working with her for her best interests.

"We are following their recommendations completely, and so we are waiting on further instructions from them."

Gilley described her condition as alternating between "stoic" and "emotional," understandable given the circumstances, he said.

"It was a very traumatic experience for her. Her mood was very alternating," he said. "The two obviously have a relationship ... her response to us and to law enforcement escalated up and down."

Cummins' estranged wife, Jill Cummins, was "very emotional" when she learned both were found safe, her attorney, Michael Cox, said.

"She is excited that they were found and nobody was hurt," Cox said. "She has not spoken to Tad."

Jill Cummins had already filed for divorce, saying she felt betrayed by her husband. She had no idea why her husband went to northern California.

"This is not somewhere they had frequently visited," her attorney said. "I'm not aware that they had ever been there."