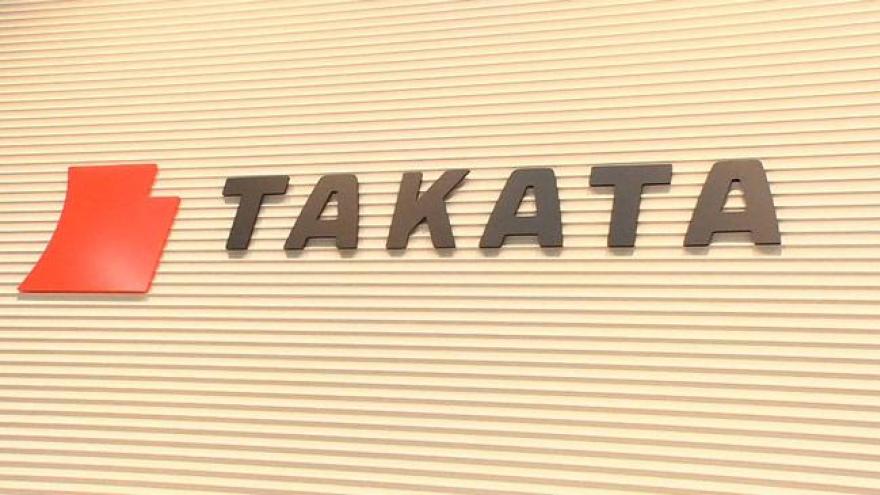 HONG KONG (CNNMoney) -- Takata is zeroing in on a buyer from the U.S. to help it deal with its massive airbag recall crisis.

An independent committee set up by the troubled Japanese firm recommended a takeover bid from Detroit-based company Key Safety Systems, Takata said in a statement over the weekend. It added that a final decision hasn't been made yet.

Another top bidder, Sweden's Autoliv, was rejected due to antitrust concerns, according to the Nikkei Asian Review newspaper. Takata's statement made no mention of Autoliv.

Key Safety Systems didn't immediately respond to a request for comment outside of office hours. The U.S. company, owned by China's Ningbo Joyson Electronic Corp., is the fourth-largest airbag maker in the world. Buying Takata would make it the second-largest, according to Valient Market Research.

Takata is in the middle of the largest airbag recall in the industry's history, affecting tens of millions of vehicles. The Japanese supplier's airbags exploded and sent shrapnel into drivers and passengers, killing at least 11 people in the U.S. and others elsewhere around the world. The recalls started in 2008 and could take until 2023 to complete.

The recall has sent Takata to the brink of bankruptcy. Just last month, the company pleaded guilty to corporate criminal charges and agreed to pay a $1 billion fine. Most of the money will go to automakers who bought Takata airbags and have had to pay to repair them.

A deal with Key Safety would give Takata support as it and the automakers it supplied tackle the huge recall.

The airbag scandal has hammered the company's reputation and sent its stock crashing. That continued Monday, with Takata shares plunging 19% in Tokyo.

Investors have been alarmed by reports that the companies bidding for Japanese firm want to take the restructuring process through the courts.