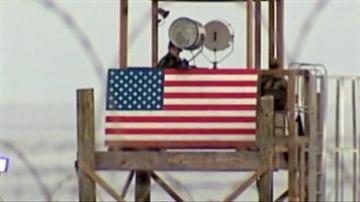 As an American family gets ready for a welcome home celebration, questions are swirling about the deal the United States made that led to Sgt. Bowe Bergdahl's freedom.

Bergdahl is safe in Germany where he is undergoing the first of several debriefings before he can come back to the states and reunite with his family.

He was rescued by United States forces this weekend after he was held hostage by the Taliban for five years.

"You've made it. I imagine you are more patient and compassionate than ever. You are free. Freedom is yours," said Jani Bergdah, Bowe's mother.

While many are celebrating his release, some lawmakers are outraged that the United States released five high risk Taliban prisoners from Guantanamo Bay in exchange.

"Once you start doing it, every other terrorist has an incentive to capture more soldiers," said Senator Ted Cruz.

Legally, Conngress must be given 30-days notice before any prisoners are released from Guantanamo.

The White House is defending the deal saying they had information that Bergdahl's health was failing and they had to act quickly.