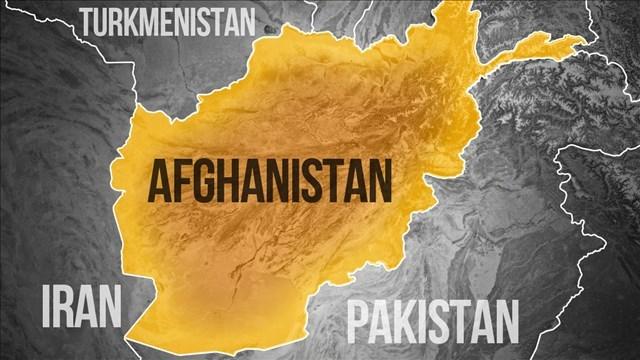 (CNN) -- After four days of heavy fighting with Afghan security forces, the Taliban seized control of a key district in the northern province of Kunduz Saturday, according to a member of parliament.

Afghan forces have been in a desperate fight to hold off the Taliban for over a year.

Fatima Aziz, member of parliament from Kunduz, blamed the loss of Khanabad district on a lack of reinforcement of government troops.

In September 2015, Afghan officials admitted that the provincial capital, also called Kunduz, had "largely fallen into the hand of enemies" when Taliban insurgents seized the center of the city, including a hospital and a prison, where they reportedly freed more than 500 inmates. A month later, Taliban insurgents were pushed out by coalition-backed Afghan forces.

Kunduz is the fifth largest city in the country. It's an affluent area in northern Afghanistan known for its trade ties. The main route to Tajikistan also runs through Kunduz province.

Fighting continues in some areas of Khanabad district, Aziz said.

Khanabad connects Kunduz to the neighboring province of Takhar. In a separate incident, in Takhar, a roadside mine blast killed five people and wounded three others early Saturday morning, according to Sonatullah Temor, Takhar provincial spokesman.

CNN's Ehsan Popalzai in Kabul and Bijan Hosseini in Atlanta contributed to this report.