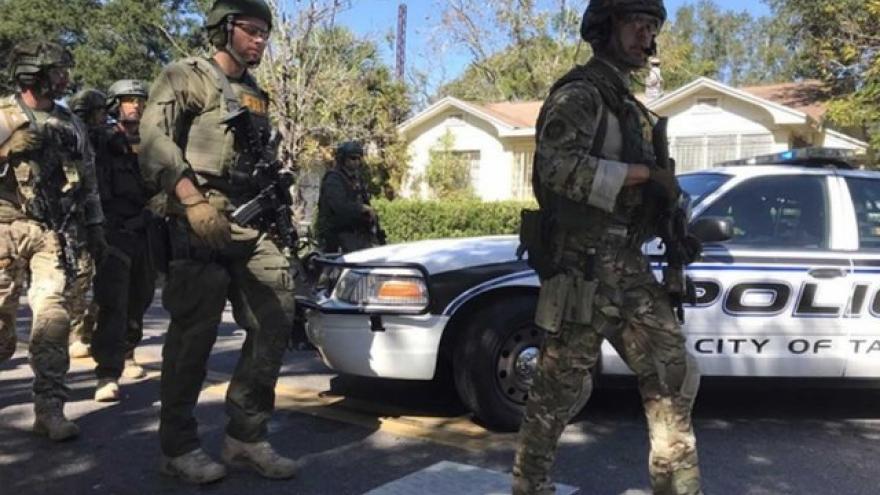 Dugan said police were acting on a tip about a man with a gun when they confronted the person at a local McDonald's and confiscated the weapon. Police are interviewing the person at headquarters to learn more about the firearm, and any possible connection to the killings.

The person is not under arrest or in police custody, Dugan said. The police chief said authorities don't know if the gun was used in the killings.

Dugan said the person "might be completely innocent," but added: "I'm optimistic on this one but only time will tell. We have a lot of work to do."

Police wouldn't elaborate about why they think the person may be connected to the killings.

"I believe this has to do with Seminole Heights," Dugan said.

The four seemingly unconnected victims were separated by age, race and occupation, and each was killed -- but not robbed -- while walking alone at night within a half-mile area, police said.

In late October, Dugan released blurry video of a "person of interest" wearing a hooded jacket casually walking down a street near one of the killings.

The police chief released new video about two weeks ago showing a similar-looking person with the same gait who was present near the last homicide, 60-year-old Ronald Felton, who was shot in the back on November 14. The person in the video, Dugan said then, had become a suspect.

Based on a witness statement, Dugan described the suspect as a black male between 6 feet and 6 feet 2 inches with a thin build and a light complexion. He was wearing all black and a black baseball cap and armed with a large black pistol, police said.

In the past month, police have swarmed the tree-lined neighborhood. Dugan and other officials have advised residents not to go outside alone, to be alert and keep their porch lights on. Dugan said police have received more than 5,000 tips.

"It's day 51 that we've been doing this. It is two weeks since Ronald Felton was murdered," Dugan said Tuesday. "It's been a long time for the families and for the cops. So, I'm guarded on the whole time but I'm very optimistic."

Dugan said police would remain in the neighborhood Tuesday night. He encouraged residents to be cautious.