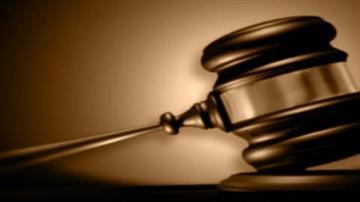 Lee killed Trina in August of 2012, then dumped her body in the yard of an abandoned house in Chicago. Her body was discovered in October.

Trina’s family is happy with the verdict but they say their fight is not over yet.

"We knew he was going to be found guilty, because he already done said he was guilty,” said Shelia Winston Redding, Trina’s sister.

Trina's family gathered outside the St. Joseph County Courthouse after finding out the judge found Tarrance Lee guilty of murdering their baby sister on August 16th in the Mishawaka apartment the two once shared.

The prosecution had to rely on testimony from three witnesses who saw Trina's body in Lee's apartment.

Two of those three testified they went with Lee to Chicago to dump Trina’s body.

"Now we got to move on to the next step because it's not over,” said Redding.

Trina’s family members are now focusing their efforts on getting the "Indiana good credit guidelines" abolished for inmates convicted of murder- so it would be more difficult for former murderers like Lee, to get out of prison and repeat their crime again.

"He had 150 years from before, he only had served 21. There is a total of 4 people that we know of that are gone,” said Traci Winston, Trina’s sister.

"He needs to get life without parole,” said Weaver, "We are working on some changes, we are trying to keep good time credits in jail-where they belong."

Trina’s family has started a petition they are trying to gain public support to petition the governor of Indiana to stop good time credit for violent offenders.

"Indiana law doesn't allow a judge or the prosecutor's office frankly to make those decisions. Those decisions are based upon their reactions and how they act inside the Department of Corrections,” said Cotter.

Sentencing is scheduled for December 21st.