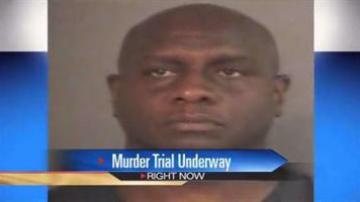 ST. JOSEPH COUNTY, Ind. --The trial of the man charged with killing his estranged wife began Wednesday with the judge approving the defense’s request for a bench trial.

Tarrence Lee is accused of killing Trina Winston, then dumping her body in the back yard of an abandoned house in Chicago.

The body was discovered Oct. 23 and was positively identified as Winston’s by Dr. Sanford Block, the Cook County Chief Forensic Dentist. He testified to the identification in court Wednesday.

The first witness to testify, Steven Cina, the Chief Medical Examiner from Cook County, testified Winston's death was a result of homicide by unspecific means. He believes Winston was suffocated.

A resident living near the home where Winston's body was discovered testified about the foul odor she smelled coming from the yard as early as mid-August through mid-October.

"I thought it was a dead rodent," said Annette Steele.

One of Lee's friends testified that Lee told him and some other friends that he needed help disposing of Winston's body after killing her.

O'Neil said he saw them put the body in the trunk, then he walked off and called 911 to report the murder.

The trial is expected to continue through the end of the week.

This Saturday at 2pm, Winston’s family will hold services for her at St. Paul Missionary Baptist Church on Lindsey in South Bend.

The public is welcome and encouraged to attend.