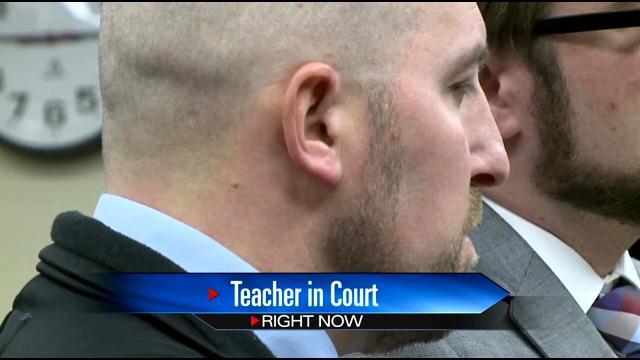 The New Buffalo Middle School teacher accused of taking illicit pictures of his students is heading to trial.

On Tuesday Aaron Badger waived his preliminary investigation and he pleaded not guilty to 2 counts of capturing or attempting to capture pictures of unclothed persons or their undergarments and 2 counts of using a computer to commit a crime.

Sources said Badger allegedly used his cell phone to take pictures up the skirts of his female students in his classroom.

ABC57's Alexandra Koehn attempted to ask Badger about the investigation but he declined to comment.

Badger is free on bond but he has a curfew.

In Berrien County Circuit Court, lawyers decided that Badger would be allowed to travel to see his family for Thanksgiving and Christmas in Battle Creek Michigan.