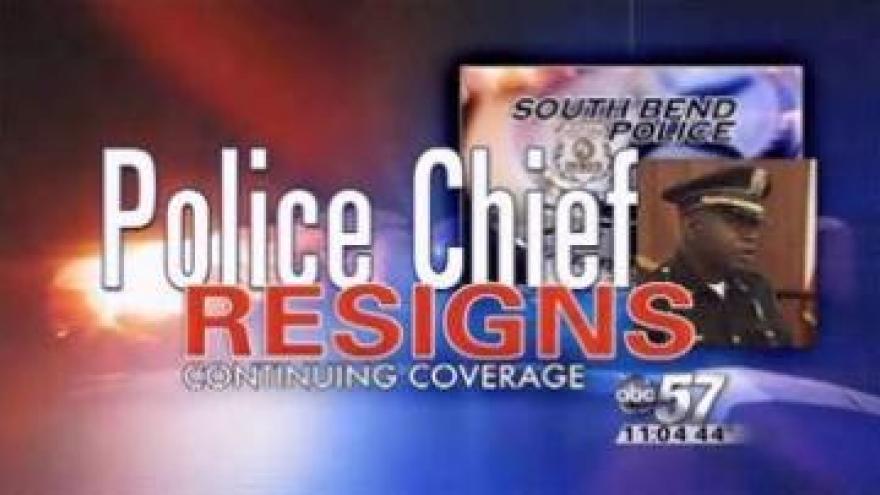 SOUTH BEND, Ind. -- Around 7 p.m. on Thursday, we received word from the mayor's office that South Bend Police Department's Chief Darryl Boykins was going to resign.

According to Mayor Buttigieg, this comes as a result of a federal investigation into the SBPD's "practices relating to the recording of phone calls".

“While my ability to speak on this matter is limited, it was clear that practices in the department were out of compliance with federal requirements," said the mayor.

Buttigieg went on to say, "“Now that the investigation has concluded, I am swiftly implementing a series of administrative changes in the department, which I expect to meet the requirements laid out by federal authorities. I respect Chief Boykins’ decision to resign and am grateful for his years of dedicated service to our community.”

"The public safety of our residents is the top priority of this administration. We will initiate a thorough process to find a leader to move the South Bend Police Department into the future," said Buttigieg.

Chuck Hurley will serve as the interim chief of police until a permanent replacement is named. He will take the oath of office on Friday.

Hurley is a graduate of South Bend's Washington High School, Indiana University, and the F.B.I. National Academy. He served in the Marine Corps and also worked at Notre Dame as the Operations Chief and Assistant Director of the Security / Police Department. Hurley served as Chief of Police in South Bend from 1984 to 1988.