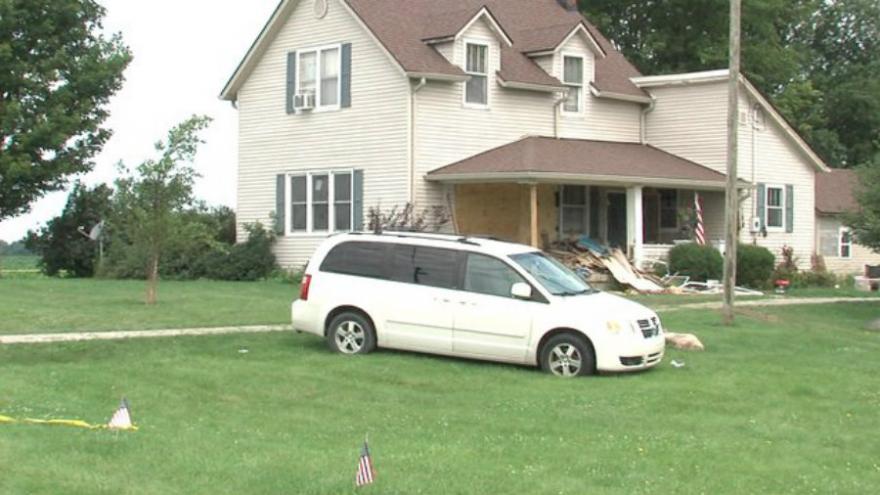 Clinton County sheriff's deputies were called to a house in the 400 block of W. County Road 300 North around 9:30 p.m. after a vehicle crashed into a home.

There were four people inside the house at the time, 37-year-old Bridget Fullerton and three children. Two children were pronounced dead at the scene. Fullerton was airlifted to an Indianapolis hospital in critical condition.

The coroner identified the victims as Haleigh Fullerton, 18, and Callie Fullerton, 8.

Clinton County Chief Deputy Joseph Mink said they believe the vehicle was headed west on County Road 300 North when the 17-year-old driver lost control. The vehicle went through a ditch and a field before crashing into the house.

The driver told police that she was going about 80 miles per hour at the time of the crash.

Five juveniles ranging in age from 12 to 17 were inside the vehicle, all five were taken to the hospital to be treated for non-life threatening injuries.

It was reported at a press conference Thursday afternoon that the driver had tested positive for opiates at the scene, but Mink said they "misspoke" and that the were still waiting on blood and urine tests before determining if the driver was under any influence.

"Of all the trees and other obstacles in that yard, the vehicle managed to clear them all without striking any of them and managed to strike this house which was well off the roadway," said Sgt. Matt Feterick of the Clinton County Sheriff's Office.

The teen was arrested and has been preliminarily charged with criminal recklessness, although they are awaiting the Delaware County Prosecutor's decision on further charges.

Neighbor Rob Johnston said he could hear the screams from his home.

"We were just relaxing eating some apple streusel and we heard a bang, ran over there and tried to assist," said Johnston.

The crash remains under investigation by the Clinton County Sheriff's Department.