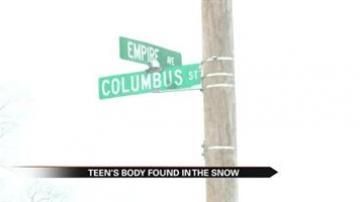 BENTON HARBOR, Mich. -- The teen whose body was found in front of 402 E. Empire Avenue in Benton Harbor has been identified.

The victim was 18-year-old Karrington Penny of Benton Harbor.

A preliminary toxicology screening revealed Penny had high levels of alcohol and drugs in his system, according to the Benton Harbor Department of Public Safety.

An official toxicology report is pending.

Police believe the drugs and alcohol may have caused Penny to pass out and he may have died because of the extreme weather conditions.