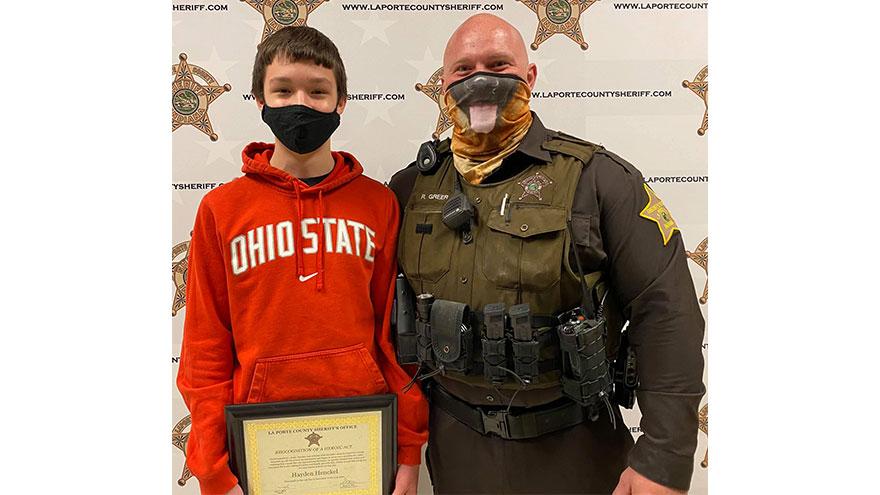 A 13-year-old was honored for a heroic act at the La Porte County Sheriff’s Merit Board meeting.

On November 9, Hayden was at home with his younger sister when the smoke detectors sounded. He looked for a fire and noticed a nearby grass fire that was approaching their home.

He evacuated his sister and their pet, then called 9-1-1.

He also called his mom to let her know they were safe.

The sheriff’s office says the fire was extinguished and likely saved their family’s residence.