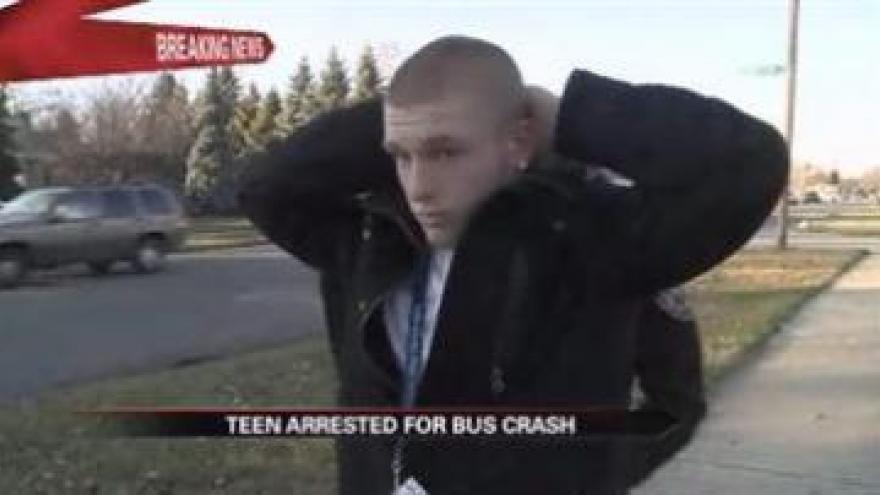 An 18-year-old John Adams High School student rear-ended the school bus. When ABC57 interviewed the teen about how he hit the school bus, police came over and arrested him.

Police got a tip that the teen had dumped drug paraphernalia in a nearby garbage can.

The teen is going to be taken to Memorial Hospital for tests to see if he is currently under the influence.

There was one student and one faculty member on the school bus at the time of the crash. They were not injured.