Teen sentenced to 64 years in death of Teketa Hixson 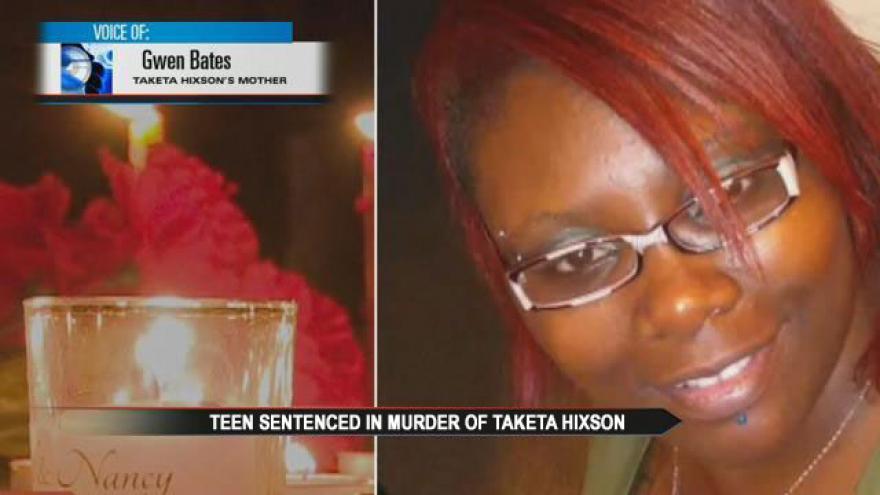 GOSHEN, Ind. (AP) — An Elkhart teen has been sentenced to 64 years in prison for fatally shooting a woman following an argument with the woman's daughter.

Sixteen-year-old D'Angelo Honorable of Elkhart was 14 when he fired five shots at Teketa Hixson's home in November 2016 after arguing with Hixson's teenage daughter. One of the bullets entered the house and fatally struck the 34-year-old mother of four.

Honorable was charged as an adult and a jury convicted him of murder in early August. An Elkhart judge sentenced him Thursday to 64 years in prison, with five years suspended.

The Elkhart Truth reports that Honorable's attorney had asked the judge to send his client to a juvenile facility until age 19, followed by a hearing to determine how much time he would spend in prison.