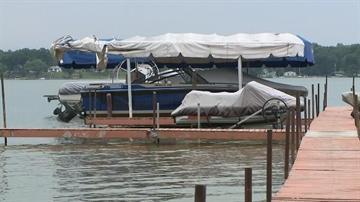 BASS LAKE, Ind. -- Bass Lake State Beach is calm today, but this past weekend, more than just sand was being stirred up.

Little did they know, three teens had stolen them the night before, all for joy ride. Witnesses called police after they saw the boys driving the boats late Saturday night.

From there, those neighbors saw them ditch the crafts on the other side of the lake, and then take off into a nearby campground.

The next day, witnesses saw the teens again. This time, down the road from where the boats were taken.

Those witnesses happened to be officers with the Chicago Police Department, so they tried holding them while they called local units.

That call was answered quickly by the Starke County Sheriff's Department, but not before one teen ran away.

The other two weren't so lucky.

After questioning, police ended their boating joy ride with a car trip to the Starke County Jail.