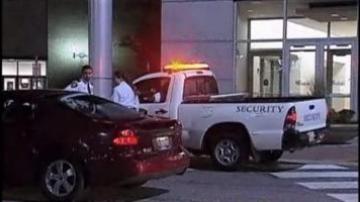 MERRILLVILLE, Ind. -- Shots were fired at a Northwest Indiana Mall.

Police have three teens in custody but are still looking for a fourth suspect that caused an evacuation at the Southlake Mall in Merrillville.

Police said the shooting happened in the open central area of the mall on the ground floor level, near a merry-go-round full of children.

They think it stemmed from an altercation between two groups of youths.

Police said one of the teens pulled out a weapon fired a shot, then the weapon malfunctioned before a second round was fired.

"One of the employees in the mall tried to break it up and then one of the kids pulled out a gun and shot in the air. Everybody ran and then that's pretty much it."

Three of the juveniles, 14, 15 and 16 years old, were taken into custody in the shopping center.

There were no injuries