Today will be another hot one for everyone in Michiana. Temps make it into the upper 80s, flirting with 90 degrees. Skies will be mostly sunny all day, and winds will be breezy again. The morning will be windiest, with gusts near 25-30mph. In the afternoon, winds will only gust towards 20mph. Monday will be even warmer, with temps in the low 90s for some. Rain holds off until Tuesday evening. 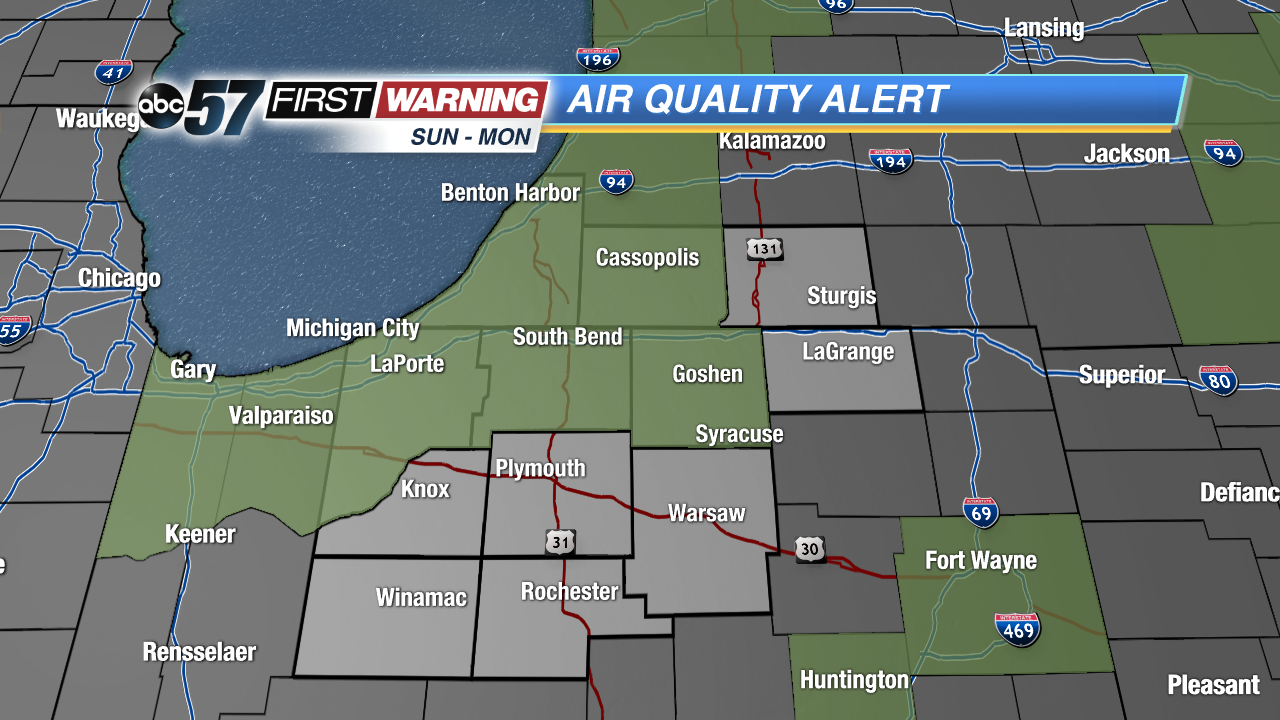 There is an Air Quality Alert in effect for everyone in LaPorte, St. Joseph, Elkhart, Berrien and Cass counties today and Monday. Ozone levels are expected to be unhealthy for those with respiratory problems, considered sensitive. 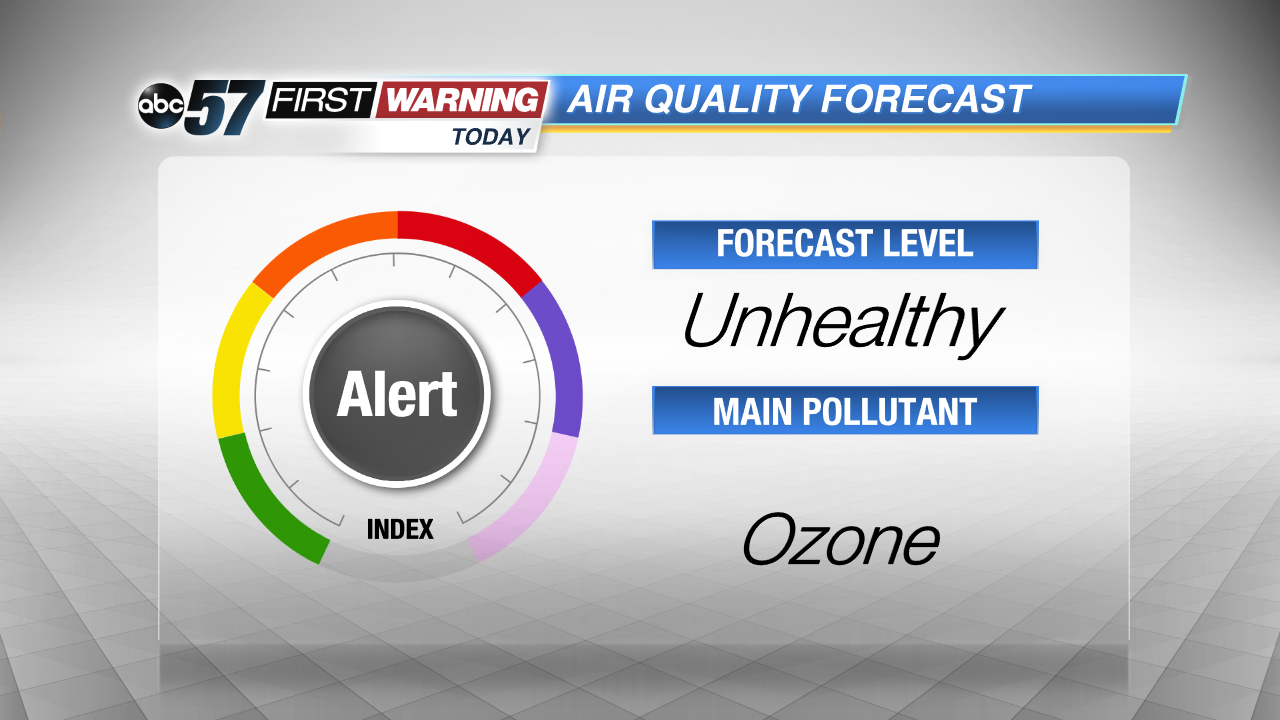 Tuesday: Partly sunny, chance for some showers in the evening. Highs in the upper 80s & low 90s.