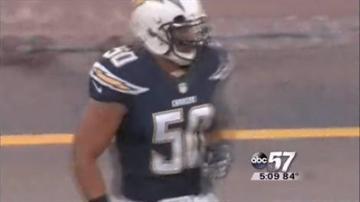 The San Diego Chargers say Te'o will not practice this week or play Thursday against Chicago.

He hurt his foot during the Chargers' first preseason game against Seattle.

The injury is not believed to be serious.

He is expected to play in the season opener against Houston.