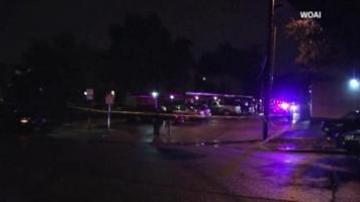 TEXAS -- Students at a Texas college are stunned and heartbroken after one of their classmates was shot and killed over the weekend by a campus police officer.

They say he then got out of his truck and a struggle ensued which led to shots being fired.