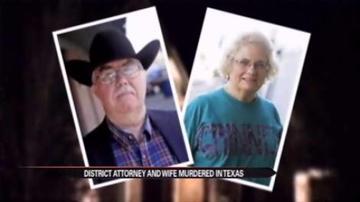 KAUFMAN, Texas — District attorney, Mike McLelland, and his wife, Cynthia, were found shot to death in their home just outside of Dallas.

This comes just two months after one of his top prosecutors was murdered right outside the courthouse.

According to ABC affiliate WFAA, sources say the couple's door was kicked in.