Texas police using "pay it forward" instead of issuing tickets 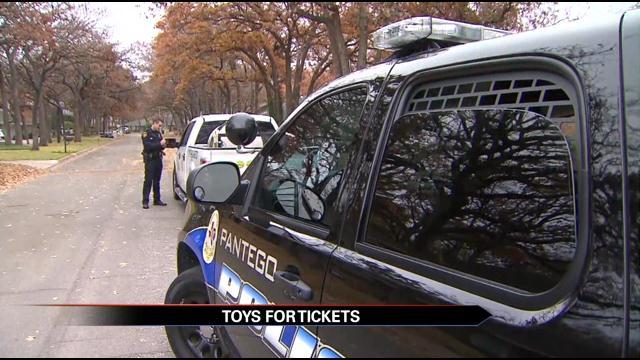 A police department in Texas is letting minor traffic violations go with a warning - and a promise to donate toys.

On average, officers in Pantego write roughly 500 citations a month, and rather than issuing tickets, they are asking traffic violators to pay it forward and donate toys to children.

“Some folks are just giving because it's better than getting a ticket. Some see the signs behind it and the reasoning behind it,” said  Assistant Chief Barry Reeves of the Pantego Police Department.

Drivers get a warning and a request to donate.