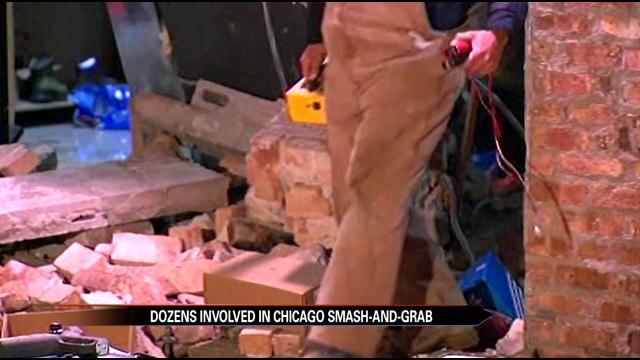 Authorities say thieves rammed a truck into the wall of the J-Bees Store and took off with several items.

Surveillance video shows that over 10 people were involved.

Police have not confirmed the number of suspects, and similar robberies have taken place in the Chicago area over the past several weeks.

Authorities are looking into whether they are related.