The CompuDoc's grab bag of questions 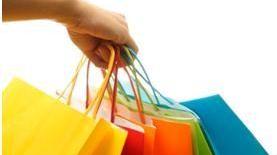 Hello, all. Please forgive my recent absence. Over the last two weeks I have been fighting off a rather persistent infection. At one point while running a 101.5 fever I finally decided to go to the doctor’s. Now that I am officially on the mend, I thought I would cover with you some common questions and answers I tend to get on a reoccurring basis. These are in no particular order, though I will try to group them up towards similar topics. Remember you can email your questions to me at helpmecompudoc@comcast.net.

Hardware:
PC or Mac? PC’s all the way. Don’t get me wrong Apple is great at what it does, but they are also great at being proprietary. That tendency also means that when something goes wrong with your Apple product, the only authorized vendor you can go to is Apple. That doesn’t leave me enough options of price or selection for my tastes.

Best Video Card? Depends on your budget; video cards can go up in price to the point they cost what some low end systems cost. As an avid online game player, I like performance, but I also like to keep my costs for video cards around $300 so for that as my price point I like the Radeon HD 6970. For those looking to spend less than $200 I’d recommend the Radeon HD 6870. If you are not doing graphic intense games or AutoCAD drawings, then chances are the video card built into your motherboard will do you just fine.

Laptop or Desktop? Unless you have more frequent flyer miles then a business traveler I recommend the desktop, here’s why. Laptops are all too often used as desktops by those who thought they would use them more in their garden or on their back porch but rarely do. Laptops are nowhere near as upgradable as desktops and those upgrades are generally far more expensive to undertake on a laptop then its desktop cousin. This means laptops will become obsolete faster than your trusty desktop. Computers are expensive enough no need making them obsolete any faster than you need to.

What is the best upgrade I can give my old computer? Right now, I would say go out and get yourself the largest solid-state hard drive you can afford. It will literally speed your system up to the “WOW” factor. I saw this first hand when I recently replaced my wife’s computer. We both have the same operating system, same anti-virus, same programs set up, monitors, everything. The only difference on her new PC is the processor speed and the solid state hard drive. Often in computers they measure things in milliseconds, most people cannot relate to milliseconds. This difference though is something measured in long painful seconds. We ran a contest where my wife and I booted both of our machines from a cold off state. We did this test three separate times. In each case, her machine was booted up and fully operational 15-22 seconds faster than my own machine. That is a difference you can easily see. Go solid state and never look back.

Software:
Best Office Alternative? For the last few years there have been two standard answers. Open Office (http://www.openoffice.org/) or Google docs (http://docs.google.com/). Lately, though, I have tried and enjoyed two lesser known alternatives which have done me quite well. Kingsoft Office 2012 (http://www.kingsoftstore.com) or Softmaker Office 2008 (http://www.softmakeroffice.com/) both offer many user friendly features and come free and compatible with the more expensive Microsoft Office cousins. Which is best for you? Try each for a short time, say two weeks. Go with which ever you feel gives you the most features you need and is easiest for you to use.

Best Anti-Virus? Simple, the best anti-virus is the one you will actually USE! Too many people do not set up their antivirus to do regular scans, nor do they set them up to get regular updates. This is essential to keeping your machine protected and your privacy secure. There are dozens of quality anti-virus programs out there, both pay for use and free. Personally, I use a different product for each of the machines in my house. This way if one of them detects something the other didn’t than I am alerted to check the other systems as well.

Other Frequent Questions I am asked:
Favorite gaming system? Xbox 360, Playstation 3, Nintendo Wii, are all good systems and I own more than a few of them. For me, my favorite gaming system, though, is still my desktop PC. Being a huge fan of online adventure games like World of Warcraft, Rift, DC Universe, Star Wars, and others the other systems in my home take a back seat to the monster gaming machines we use. If I am forced to pin it down though I say Xbox 360 for its game selection and Wii just because I LOVE the Wii bowling.

Favorite “tech” movie? For me there is only one correct answer. Avatar. There was so much technology in creating that movie and making it come alive in 3D that our family must have seen it at theaters three or four times. It was the pinnacle of technology in cinema in my opinion. A close second would be the “Lord of the Rings” trilogy. Both Avatar and Lord of the Rings took my breath away in what they were able to create.

I’ll end this for now with an odd question that has nothing to do with tech but seems to come up to me at least once a year.

Who shot first? Han or Greedo? Despite Mr. Lucas trying to change Star Wars history the truth is in the original Star Wars release Han shoots FIRST see the following link for more information (http://en.wikipedia.org/wiki/Han_shot_first). No other answer or cinematic version of reality is acceptable. By Han shooting first, it puts him into a morally questionable area, which then later makes his appearance in the critical Death Star battle all the more uplifting.

I hope you have enjoyed this grab bag of questions and answers. Thank you all for your continued support.

This is Bill Kentner and you’ve just had your Tech Talk.