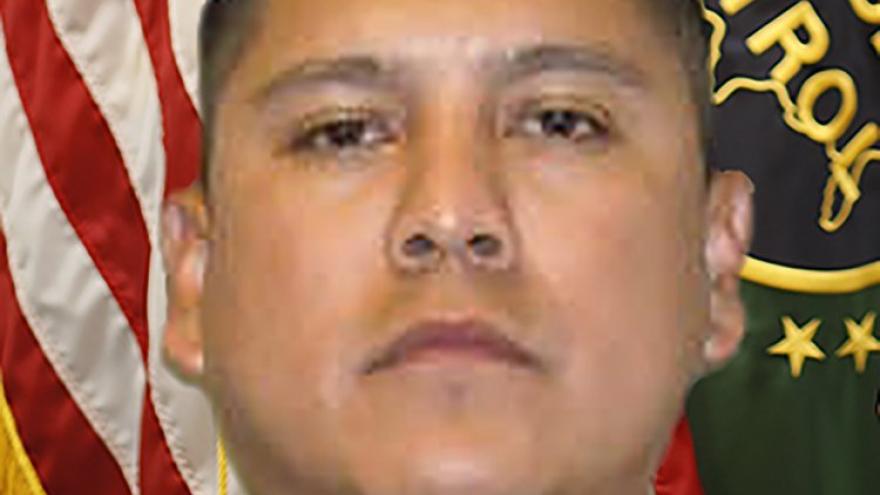 (CNN) -- Was this a brutal attack or an unfortunate fall?

More than a week after border patrol agent Rogelio Martinez was mortally wounded -- and days after his burial -- Martinez's family still has no idea how he died.

Several officials have called the west Texas incident an "attack" or "ambush." President Donald Trump cited it as a reason to build his border wall.

But Culberson County Sheriff Oscar Carrillo told The Dallas Morning News the injuries may be consistent with a fall into the culvert where Martinez and his partner were found.

Here's what we know about Martinez's last night of patrol -- and the conflicting narratives about what happened.

Martinez was patrolling near Interstate 10, by the US-Mexico border, on the night of Saturday, November 18. He and his partner responded to some sort of "activity," border officials said, but the type of activity has not been disclosed.

After they responded to the call, Martinez's partner reported that they were both injured and needed help, Customs and Border Protection said.

The two were found in a culvert -- a tunnel used for water drainage -- 12 miles east of the town of Van Horn, the FBI said.

The FBI said the men suffered traumatic head injuries and other wounds such as broken bones. Martinez died the next day; his partner survived, but said he doesn't remember what happened.

A source familiar with the investigation told CNN all of the agents' gear was found intact, but the source didn't know where the gear was located on their bodies.

The preliminary results from Martinez's autopsy suggest the agent died of head injuries, said Lorenzo Flores of the El Paso County medical examiner's office. But authorities have not said how Martinez suffered those head injuries.

Chris Cabrera, spokesman for the National Border Patrol Council, said Martinez died after an "ambush" and suggested that drug traffickers frequented the area.

"It was a brutal attack," Cabrera said. "This was something well thought out and planned. They executed their plan."

Gov. Greg Abbott's office called Martinez's death a murder, and Trump tweeted that those responsible will be brought to justice.

The FBI said it was investigating a "potential assault on a federal officer."

"If the facts support that, then we would pursue it legally," said Emmerson Buie Jr., special agent in charge of the FBI's El Paso division."If they support that the incident was caused by something else, then we'll present that."

While many officials say Martinez was attacked, the local sheriff told The Dallas Morning News that Martinez might have died from falling into the culvert.

Carrillo has not responded to CNN's requests for comment.

The culvert is on the edge of the interstate, and there's about a 10-foot drop to the cement bottom.

"The evidence is not obvious as to what happened out there," Carrillo told The News.

And Martinez's surviving partner might not be able to provide much help. That agent doesn't recall what happened and says the last thing he remembers is arriving at work that night, said Lee Smith, the regional chapter president of the Border Patrol union.

She then called the Van Horn Border Patrol station to alert authorities about the phone call from her husband, the agent told CNN.

Martinez leaves behind a fiancee, a son and two brothers, according to his obituary. He graduated from Irvin High School in El Paso in 1999 and studied graphic design in school, his mother said.

The 36-year-old was "a very good man, a very good son," his mother Elvia Martinez said.

She said her son was "always smiling," she said, and it was "hard to make him mad."

"He was very generous. He was very humble," friend Rosie Esteban said. "He had a heart of gold. He would do anything for anybody without asking for anything in return. He was there for all of us if we ever needed anything."