Did you know the earth breathes much like us humans do? We inhale oxygen, and then exhale carbon dioxide, and so does our planet. A colorful animation by NASA shows us just how this works. 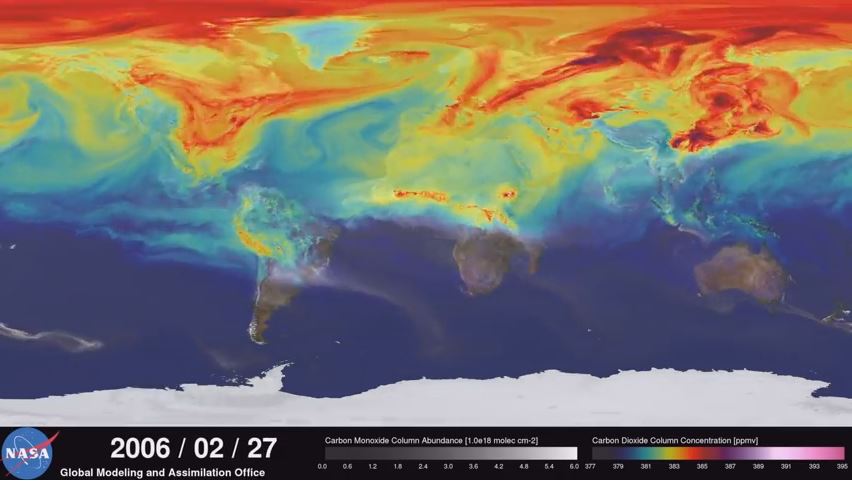 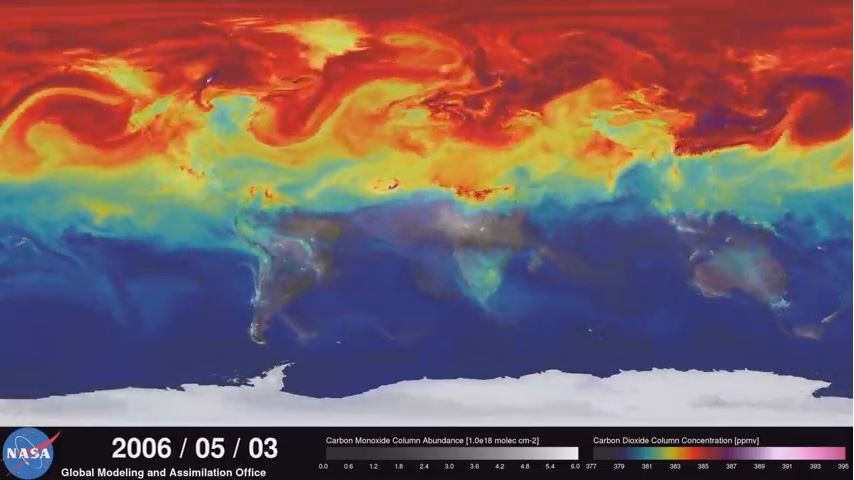 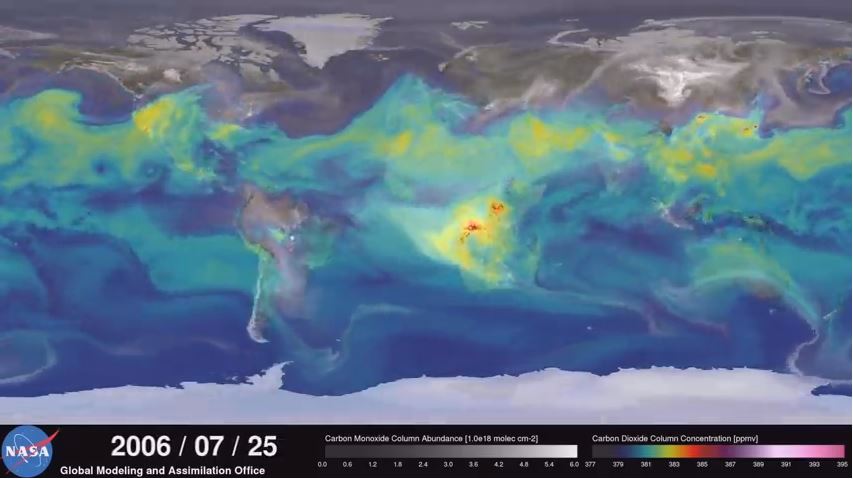 Carbon dioxide is a greenhouse gas that is emitted into the atmosphere by human activity, like factories and vehicles. It moves fluidly within weather systems and builds up in the atmosphere during the winter months, as we see in the time lapse by the darkest red colors. In the summer, watch as the dark reds diminish, and we are left with the light blues and greens.

The reason for high levels in the winter is because the plants and trees are not alive, and therefore cannot absorb the CO2. During the summer, half of the CO2 emissions are absorbed by plants and the ocean, and in turn they emit more oxygen.

The problem with this breathing process is that carbon dioxide levels are now higher than ever, so the land and ocean are not able to absorb as much of the greenhouse gas during the warm months, as we are putting into the atmosphere year round. This is what is leading to increased global warming.